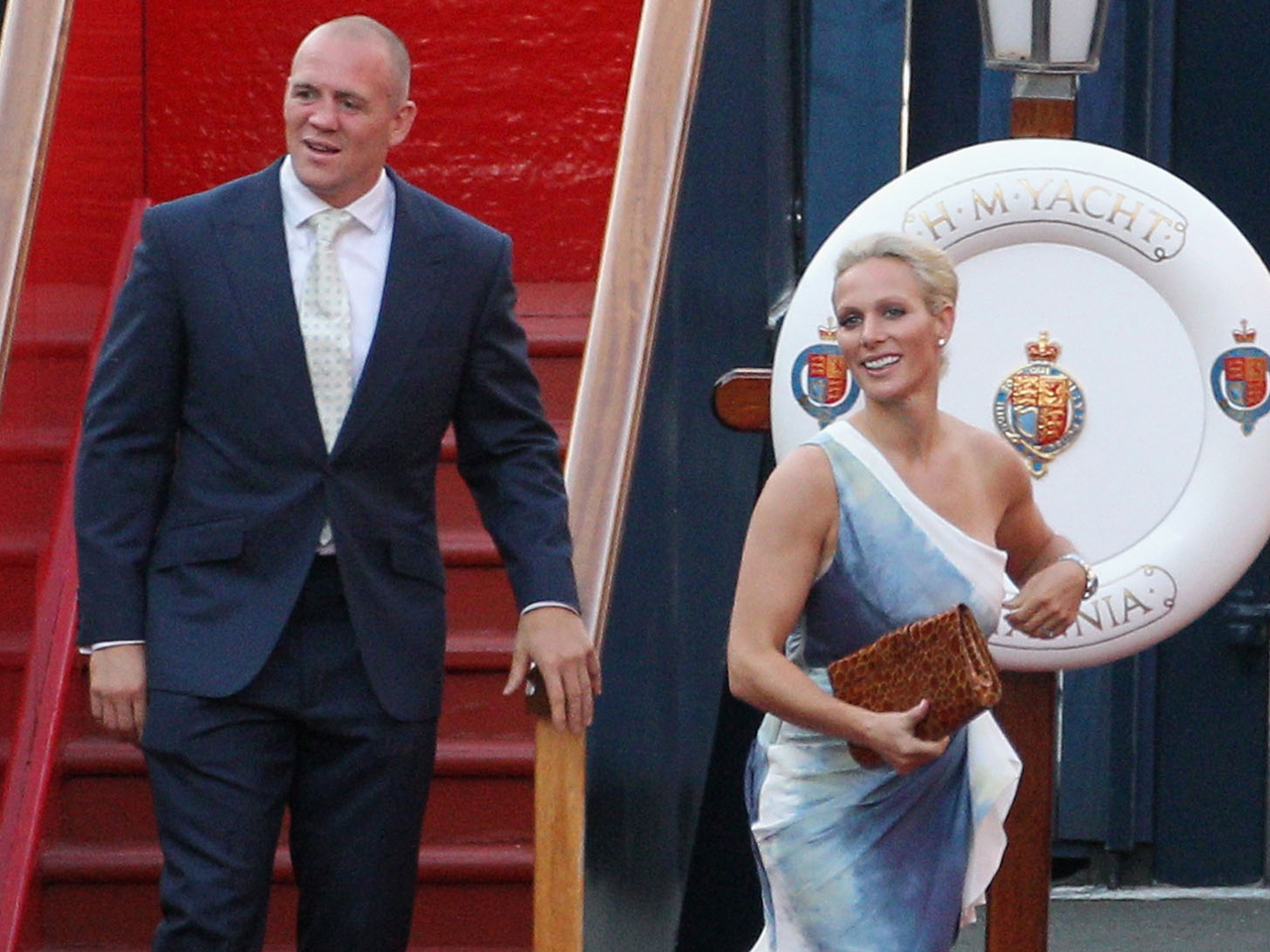 (CBS) Zara Phillips and Mike Tindall celebrated with guests on the eve of their wedding with a cocktail party aboard a royal yacht.

Queen Elizabeth II's granddaughter and her English rugby player husband-to-be hosted the celebration on the Royal Yacht Britannia for about 150 people, including the Duke and Duchess of Cambridge, Prince Harry and Princess Beatrice and Eugenie.

The Duchess of Cambridge wore a green dress for her first public appearance since she and William finished their North American tour a few weeks ago.

Phillips, who wore a blue and white dress with her hair pulled back, was photographed sipping champagne and smiling as she chatted with guests. Her mother, Princess Anne, was also in attendance, with husband Tim Laurence.

The queen and the Duke of Edinburgh did not attend the pre-wedding party, though they will be at Saturday's festivities.

The Royal Yacht Britannia, now permanently moored in Edinburgh's port of Leith, served the royal family for 44 years, carrying them on 968 official voyages around the world before it was decommissioned in 1997, according to an AFP report.

Earlier in the day, Phillips and Tindall stopped by their wedding site, Cannongate Kirk, for a final rehearsal before the Saturday afternoon nuptials.

The couple arrived in jeans and reportedly spent about 50 minutes inside the church, which is said to be decorated with beech tree branches and white roses.

After the two exchange vows, a private reception will follow at the nearby Palace of Holyroodhouse, one of the queen's official residences.