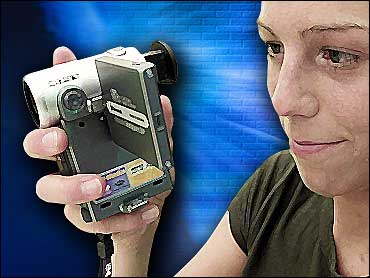 It's hard to be amazed by anything on the Internet these days, but the video-sharing site YouTube is raising eyebrows among even the most savvy Web observers.

Started in February 2005, YouTube's popularity is exploding. In June alone, according to NielsenNet, YouTube drew 19.6 million visitors, almost triple the number from this past January.

YouTube is, according to The Early Show national correspondent Tracy Smith, mushrooming into the world's first online video network, featuring the latest and, in many cases, strangest videos from all over the world.

It boasts a collection of some 70 million video clips, from the comedic, to the connoisseur, and averages 60,000 uploads a day. There's no fee for uploads.

YouTube's community has grown to roughly six million members, a big audience with little overhead for advertisers, though it could be difficult to get noticed.

It was started for amateurs, and most of the site's content is still uploaded by amateurs, but YouTube is also fast becoming a major marketing tool for corporations that, in some instances, pretend to be amateurs.

While it may look as if each video has been created from the quiet confines of someone's bedroom, it's often a corporate boardroom calling the shots.

Twenty-five Years ago, Smith observes, you'd turn to MTV to catch the latest music video.But now, many record companies are uploading their band's latest videos onto YouTube. You can just click and watch as often as you'd like.

The band "OK Go" released its second album for Capitol Records earlier this year, but it's their videos on YouTube, not radio airplay, that's made them so popular with fans.

And the low-budget videos, some costing little more than the tape on which they're recorded, don't imply any affiliation with a record label — which is the idea.

"The whole point," says Adweek magazine advertising critic Barbara Lippert, "is that these are (made to look like they're) handmade in the basement or a backyard. Advertisers are equally adept at making it look like it was made that way, and they can get a lot of buzz virally on the Net."

That buzz has worked wonders for products such as the candy Mentos.

"These guys," says Lippert, "who did an experiment (on a video on YouTube) with Mentos and Coke — they end up getting jobs with Mentos.

"People love to waste time on the Internet, and if it's funny they'll go there, regardless of who put it up there," which may be a big part of the burgeoning appeal of YouTube.