"When everybody's telling a story, which stories are worth listening to?"

That's the question Storyful, which calls itself the world's first social media news agency, is trying to answer. And now they've teamed up with YouTube for the video giant's new service, YouTube Newswire, a curated feed of verified first person video of breaking news and events around the world.

"In the last ten years, we've witnessed many of the biggest and most important news stories unfold on YouTube," the company said in a statement on its blog Thursday. "From the Green Revolution, Arab Spring and protests in Ferguson, to the Charlie Hebdo attacks and earthquake in Nepal, user-generated video has provided a unique and visceral perspective on what's happening in the world around us. It's almost impossible to turn on the news during a breaking event without seeing raw video uploaded by a YouTube user somewhere across the globe."

The task of checking the validity of this footage falls to Storyful, a five-year-old, Newscorp-backed Irish company that "mines the social web" for videos documenting meaningful or important stories, then verifies their authenticity.

It'll help weed through the more than 5 million hours of video watched on YouTube every day, pull out the ones that offer a valuable new perspective, and establish whether they're trustworthy.

For instance, a Stoyful employee -- the company is made up of "technologists, journalists and social media evangelists" -- will find a trending video, pinpoint its location on Google Maps, then use Streetview to match the buildings and surroundings in the video to the images on the map.

YouTube has worked with Storyful since protests broke out in Tahrir Square in 2011.

"More and more news is coming from bystanders who happen to be in the right place at the right time, because everyone has a smartphone in their pocket," said CNET associate editor Dan Graziano.

Videos featured on the Newswire channel page Friday included a prayer service for those killed in the Charleston church shooting, uploaded by The State Newspaper, a Wildlife Conservation Society "hangout" at a massive ivory crush in Times Square, flood scenes from India, wildfires in Washington and an archive of videos highlighting the plight of refugees ahead of World Refugee Day, June 20.

The service is geared toward journalists looking for reliable on-the-ground reporting, but anyone can follow the public feed.

Christian Cooper was repeatedly identified by his race in Amy Cooper's call to police during the May 25 incident in New York City's Central Park. 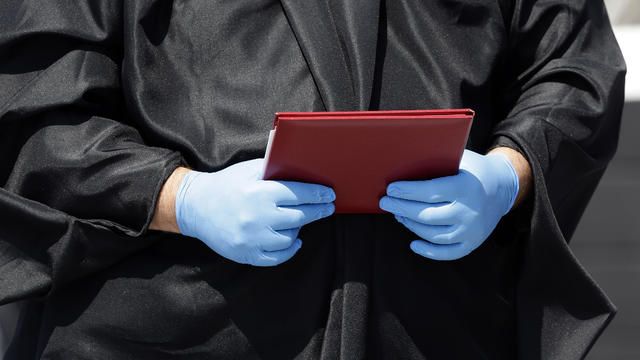