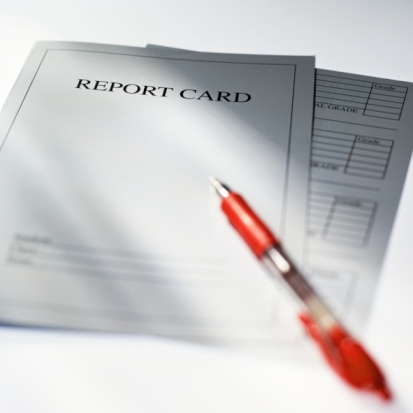 (MoneyWatch) Peter Drucker, the father of modern management, wrote, "If you can't measure it, you can't manage it." He was referring to virtually anything, and his wisdom has made companies measurement obsessed.

Like anything taken to an extreme, measuring things at the wrong time, or in the wrong way, can lead to bad decisions and consequences. I think if Drucker were still alive, he'd amend his writing to say, "Make sure the environment allows for accurate measures."

Case in point: 360 degree feedback surveys. These are wonderful tools in leadership development. In some companies, all employees participate in this process. The "360 degree" part means that peers, superiors and subordinates are all surveyed, and the data provide a comprehensive view of your business's strengths and "development opportunities."

It is imperative that the environment examined produces a meaningful result. Imagine doing a 360 degree feedback survey in General Motors as the company was entering bankruptcy. The best-liked people would be those who were active on the rumor mill and thus "knew" what was really going on, helped protect their loyal friends from job losses and were willing cast blame on others if it meant someone else would be let go.

At a company like Zappos, famous for its commitment to core values, the most-prized individuals would be  promoters of  the company's core values of the company, who challenged the status quo in the process. Using a standard 360 feedback tool in such a culture would be counterproductive, for it highlights individual actions, rather than the groups of people who seek to make the company more values led.

GM had a "my life sucks" culture, so doing a 360 degree feedback survey would be meaningless, even dangerous, in this situation. Of all business environments, 25 percent are at this level (which we call stage 2 in Tribal Leadership). In past blog posts, I've referred to companies among this 25 percent as having "zombie cultures."

Zappos has a "we're great" culture. Assessing individuals is very difficult in such a climate because people are less important than the small tribes they lead. At this level, which we name stage 4, are 22% of tribal companies.

Only 49% of environments belong to "I'm great" level of culture (stage 3), in which a normal 360 degree feedback survey can help boost leaders into a new way of thinking and behaving. I wrote about two qualities leaders should develop in such cultures last year.

What, then, should you do?

Second, use this assessment to determine whether or how your company carries out such a survey. If your organization has a "my life sucks" (stage 2) culture, stop. Work on that culture first, and refrain from a the survey until your culture grades out at the "I'm great" level (stage 3). If the results of the survey mirror those of Zappos ("we're great," or stage 4), you should make an assessment of your people in relation to the company's shared values. Otherwise, the results may encourage personally competitive behavior and erode the environment. A good way to assess the shared values of a group is the "Mountains and Valleys" exercise.

Third, if your culture lies in stage 3 territory, measure those behaviors indicating employees are putting others ahead of themselves. In an "I'm great" culture, employees are self-obsessed, and providing individual feedback and personal comparisons may make this problem worse. Do not measure an individual in comparison to others. Instead,determine whether he or she measures up to the company's values.

The 360 feedback surveys are just one type of measurement that is potentially misleading, and possibly dangerous, unless those who administer them have mastered organizational culture. In my 20 years' experience as a consultant, author and professor, my conclusion is that most of them have not. Assessment tools sweep through companies like fashion: For a time they are all the rage, but five years later they seem odd and comical.

The point here is to examine the environment in which work takes place before deciding what else can, or should, be measured.

Disagree? Then I hope you'll make a comment below. Debate on this subject would help us all make better decisions.