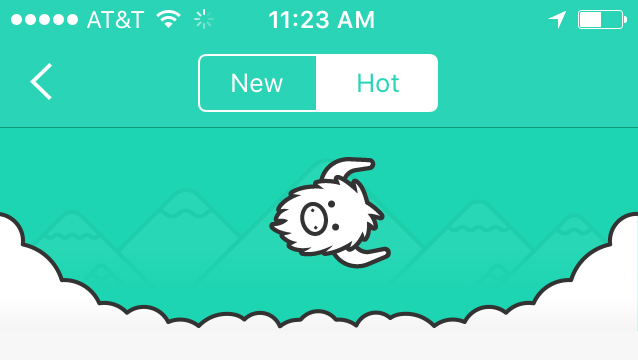 Internet users of the Yik Yak social media app popular among college students aren't nearly as anonymous as they believe: Missouri police within hours arrested a student accused of threatening violence, the latest in a string of such arrests at colleges in recent months involving threats of mass violence posted online using the service.

Yik Yak provides a feed of anonymized comments from people physically around them, such as on the same college campus. It's by far the most widely adopted, anonymous, location-based applications at schools. It's also been used by students at dozens of campuses to make offensive comments and threaten mass violence.

Yik Yak's fine print says the service can disclose to police each user's Internet protocol address and GPS coordinates, along with details about the phone or tablet, and date and time for each message. To help authenticate its customers, the service requires each user to provide a phone number to sign up.

Yik Yak spokeswoman Hilary McQuaide declined to discuss investigations or provide details about how often police ask for information. She said the company works with authorities.

Yik Yak tells police they must generally provide a subpoena, court order or search warrant to obtain information about its users, but in an emergency the company may provide details without those legal instruments.

Missouri police on Wednesday quickly arrested Hunter Park, 19, a student at Missouri University of Science and Technology in Rolla, Missouri, a sister campus to the main university in Columbia that was the scene of protests since last week. Park was arrested on suspicion of making a terrorist threat toward black students and faculty at the University of Missouri. The incident follows weeks of protest over how the university handles student racial concerns and resulted in the departure of two senior university officials this week.

The Yik Yak message threatened to "shoot every black person I see." Park, who hasn't been formally charged, did not respond Wednesday to an emailed request for comment from The Associated Press. A message left on his mother's cellphone was not returned. An AP reporter got no answer when he knocked on the door of the family's home in the affluent St. Louis suburb of Lake St. Louis.

The case is the latest in a string of such arrests at colleges in recent months involving threats of mass violence posted online.

On Monday, police arrested Charleston Southern University student JaShkira Dela Rosa, 23, on suspicion of threats to use a destructive device within roughly 12 hours of learning about her anonymous post allegedly threatening to "shoot up" a residence hall on Yik Yak, said John Strubel, a spokesman for the university. He said the university monitors content on the app, which usually includes mundane comments, such as students complaining about bad food.

Last week, police arrested 18-year-old Christian Pryor, a now-former Fresno State football player, on suspicion of making a terrorist threat within two hours of learning about his post on Yik Yak allegedly threatening to use a weapon to "release my frustrations." Pryor, who posted bond, could not be located for an interview.

In October, 21-year-old Emily Sakamoto, who attends Emory University's Oxford College, was arrested for allegedly posting a shooting threat. She was accused of threatening to open fire on campus and warned others to stay in their rooms. Sakamoto did not respond to an email sent to an account associated with her in public records.

The timing of the arrests - frequently within hours of the initial report - indicates swift responses by Yik Yak to requests by police. Deputy Tony Moore, who works the Los Angeles County Sheriff's electronic communications triage unit, said his group has dealt with Yik Yak on only one occasion but "it was an exigent circumstance and they responded accordingly."