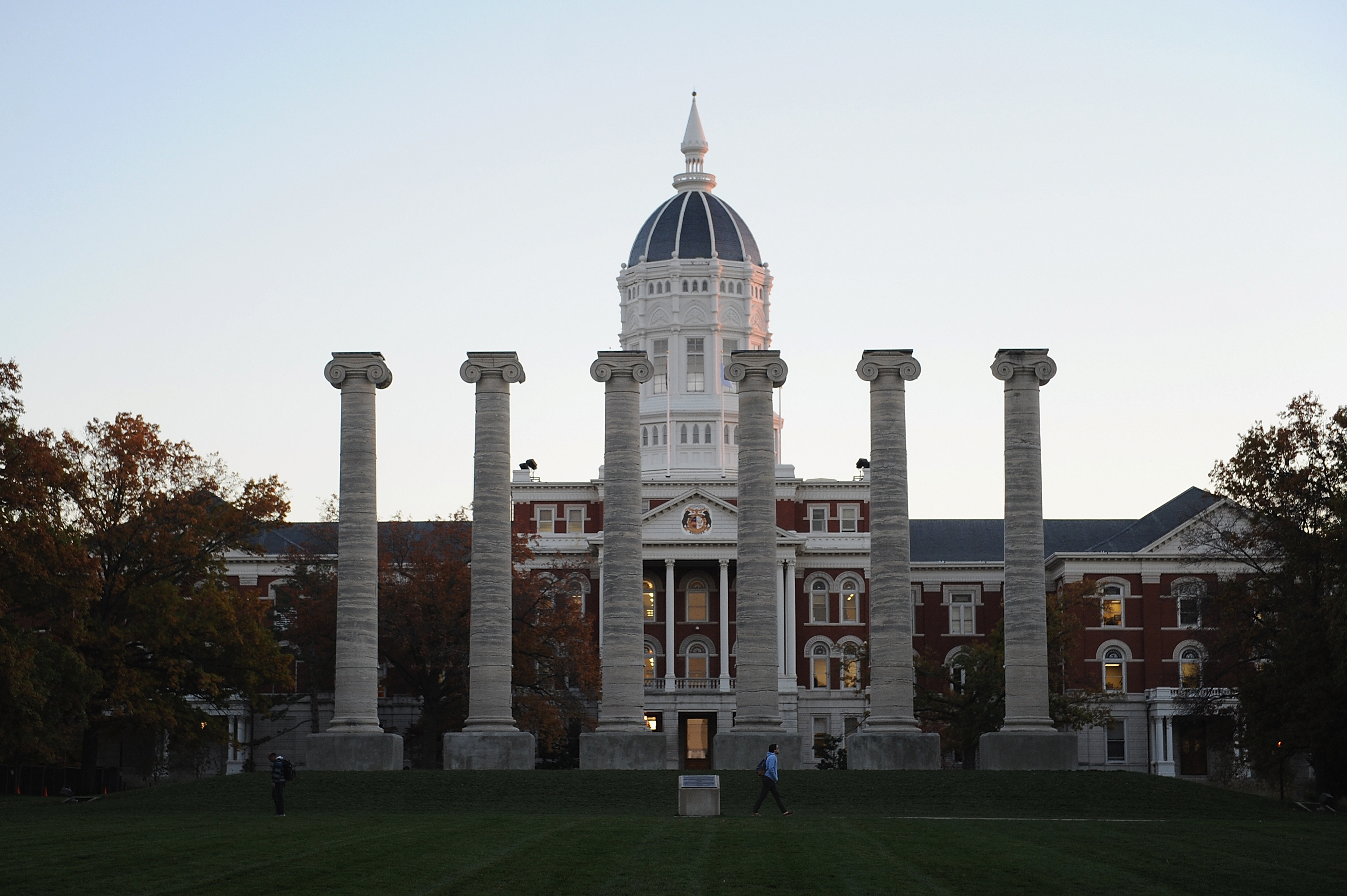 The school newspaper, the Missourian, said Weimer told it no campus buildings had been evacuated on campus as of 9 p.m. Tuesday.

The paper also reported that, "MU's Army ROTC sent an email telling its students to dress in civilian clothes on Tuesday and Wednesday; Wednesday is Veteran's Day. The ROTC canceled its Wednesday morning physical training session."

Another school paper, The Maneater, tweeted late Tuesday that two sororities, Phi Mu and Tri Delta, were on lockdown.

The campus has been the site of increasing protests over the last week about the way racists incidents have been handled. On Monday, university system president Tim Wolfe and the top administrator of the Columbia campus, Chancellor R. Bowen Loftin, announced their resignations.

One of the threats was posted to the messaging service YikYak, in which someone said they would "stand my ground and shoot every black person I see."

Campus police said they were continuing to investigate the threats.