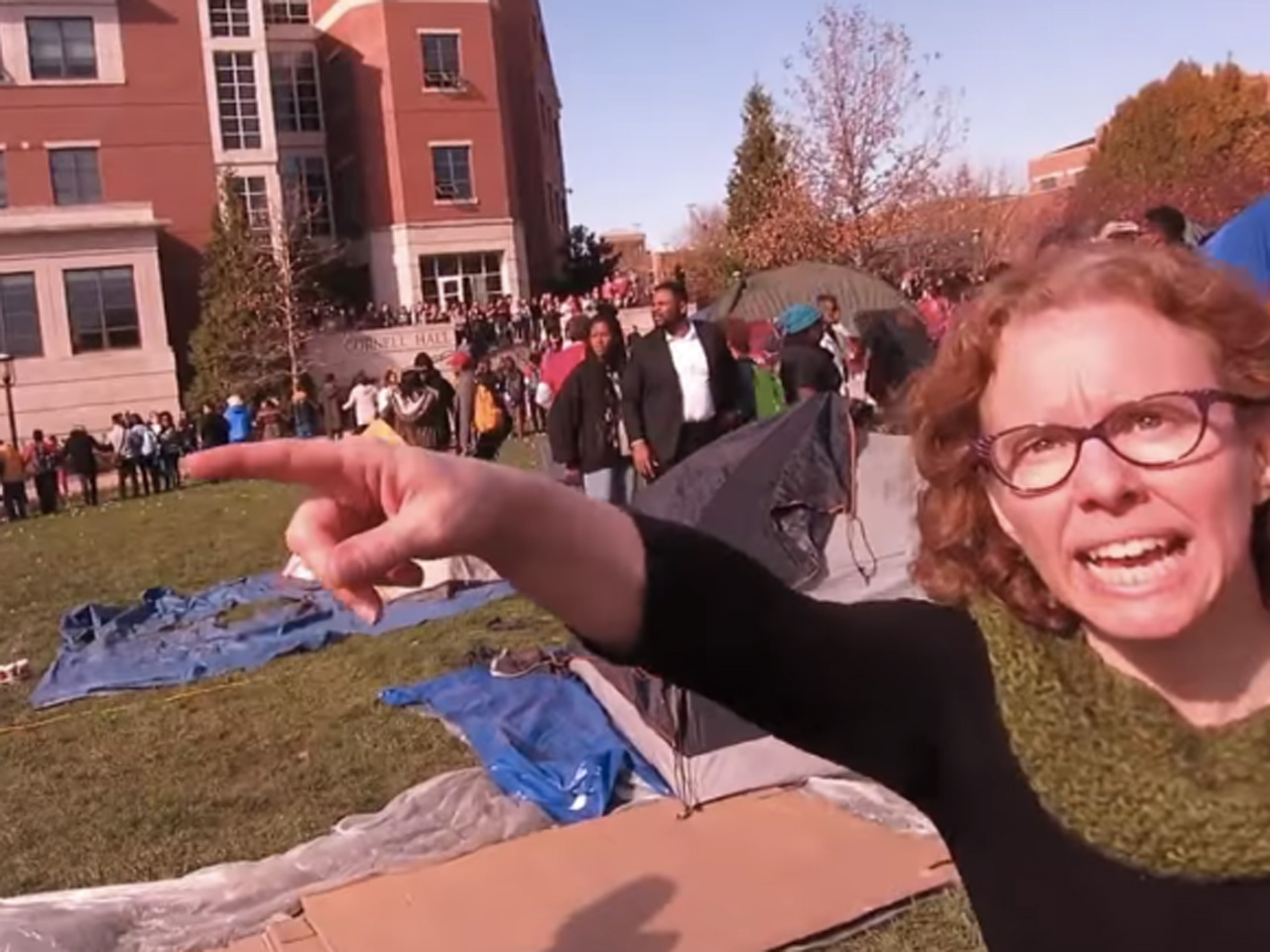 COLUMBIA, Mo. - Protesters credited with helping oust the University of Missouri System's president and the head of its flagship campus welcomed reporters to cover their demonstrations Tuesday, a day after a videotaped clash between some protesters and a student photographer drew media condemnation as an affront to the free press.

Activists removed yard signs warning the media to stay away from a grassy area of campus that has served as an impromptu campsite for the protesters in recent days. Concerned Student 1950, a group which led the protests, put out fliers titled "Teachable Moment" that encouraged demonstrators to cooperate with the media.

"The media is important to tell our story and experiences at Mizzou to the world," the flier read. "Let's welcome and thank them."

That embrace stood in sharp contrast to Monday, when protesters chanted "Hey hey, ho ho. Reporters have got to go," and some tried to block a freelance student photographer from covering protesters' celebratory reaction to the system president's departure over what they saw as indifference to racial tensions at the school.

Video of the incident shot by student Mark Schierbecker shows one protester telling photographer Tim Tai, a student working freelance for ESPN, to "leave these students alone" in their "personal space." Moments later, a protester identified as Melissa Click, an assistant professor in Missouri's communications department, is seen confronting Schierbecker and calling for "muscle" to help remove him from the protest area.

Tai can be heard telling those who confronted him, "I have a job to do," and that he has as much right to photograph the event as the protesters do to gather in the public space.

On Tuesday, Click apologized for her actions in a statement issued by the Missouri Department of Communication. She said she had personally apologized to the journalists involved.

"I regret the language and strategies I used, and sincerely apologize to the MU campus community, and journalists at large, for my behavior, and also for the way my actions have shifted attention away from the students' campaign for justice," she said in the statement.

David Kurpius, the dean of the journalism school, stressed that Click wasn't on that school's faculty. After the incident, she resigned her "courtesy title," which allows her as part of the university's College of Arts and Science to serve on graduate committees from other academic units, including with the journalism school.

In a news statement, Kurpius praised Tai for how he dealt with Monday's confrontation, saying he "handled himself professionally and with poise."

Ken Paulson, a 1975 Missouri journalism alumnus who heads the First Amendment Center at the Newseum, credited Tai with being "exactly right," calling him "both professional and eloquent in his defense of freedom of the press."

"His job is to report the news in a public place, and nothing is more public than the grounds of a public university," said Paulson, dean of Middle Tennessee State University's media and entertainment college.

While cautioning that the protest movement shouldn't be tarnished by the video, Paulson added that "all journalists face confrontations now and then, and all you can do is quietly assert your right to record history."