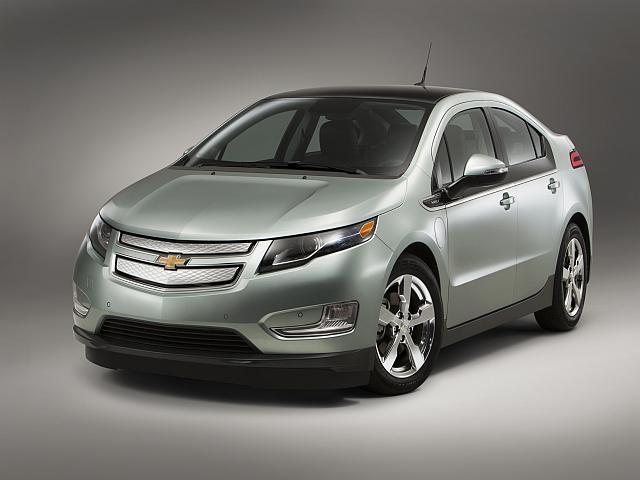 Chevrolet Volt owners are fighting for the right to bear gun racks. In a campaign trail attack on subsidized electric cars, Newt Gingrich said: "You can't put a gun rack in a Volt." Now a Volt owner with a video camera has set out to prove him wrong.

In a You Tube video, the Volt owner identified only as "jtmcdole" assembles a do-it-yourself gun rack in the back of his Volt and shows the results. In introducing the video, he says he made it "in response to Newt Gingrich's cheap shots at the American-designed, American-made and American-powered Chevrolet Volt."

General Motors itself has been quick to fire back at Gingrich to defend its Volt. Spokesman Selim Bingol asks in the official company media blog: "Seriously, when was the last time you saw a gun rack in ANY sedan?" He adds that the Volt "can do a lot of things, but if you are looking for a vehicle for your next hunting trip, it may not be your first choice. "

Republicans have steadily attacked the Volt and other electric cars for their federal subsidies, claiming it is part of Democratic policy to foist electric cars on an American public that doesn't want them and can't afford them.

At a hostile Congressional hearing in January, GM CEO Dan Ackerson retorted: "Although we loaded the Volt with state-of-the-art safety features, we did not engineer the Volt to be a political punching bag."

But Ackerson and other Detroit executives are likely to hear more GOP attacks on the Volt and the government bailout of the auto industry, as in the Arizona debate last night. Gingrich called the auto bailout "a violation of 200 years of bankruptcy law," and Ron Paul joined in the attack.