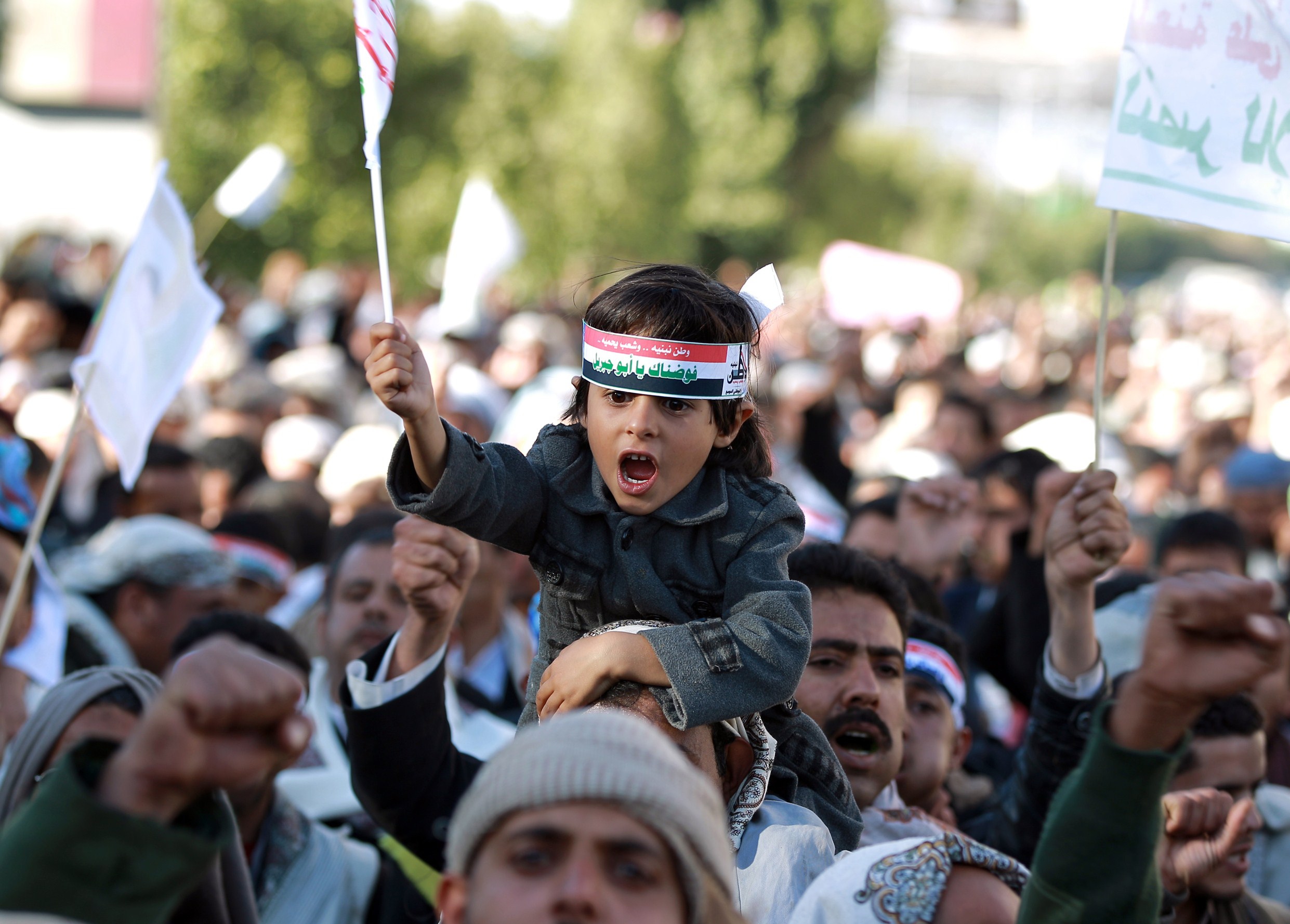 SANAA, Yemen -- U.N.-brokered talks aimed at resolving Yemen's political crisis appeared to be falling apart Monday as the main political parties suspended their participation in negotiations with the Shiite rebels who control the capital.

The talks are centered on finding a framework for national consensus after embattled President Abed Rabbo Mansour Hadi submitted his resignation along with his Cabinet on Jan. 22. Days earlier the rebels, known as Houthis, had taken control of the presidential palace to press Hadi for a greater share of power. They have confined Hadi and his Cabinet members inside their homes.

A senior Yemeni politician said the main political parties had demanded that the parliament convene in order to consider Hadi's resignation and to take the lead in a post-Hadi transition period. According to Yemen's constitution, in the event of the president's resignation the parliament speaker would assume the post until new elections can be held.

The Houthis reject the legitimacy of the parliament, and issued a three-day-ultimatum, starting Sunday, for rival parties to come up with an alternative plan, saying that if they failed to do so the rebels would completely take over the government.

The Yemeni politician spoke on condition of anonymity because he was not authorized to speak to the press.

He accused the Houthis of using the talks as "political cover to complete their coup."

The rebels belong to the Shiite Zaydi sect, whose followers make up about 30 percent of the population. They swept down from their northern stronghold into Sanaa in September and took over key state institutions and military facilities. Their opponents say they are backed by predominantly Shiite Iran, a charge the Houthis deny.

The Houthis' sidelining of Hadi, a close U.S. ally, has raised concerns about U.S. efforts to combat al Qaeda's Yemeni affiliate, long seen as the most lethal branch of the global terror network.

U.S. officials insist that a campaign of drone strikes against militant targets will continue despite the political turmoil.

Tribal officials and witnesses said a U.S. drone strike targeted a moving vehicle loaded with weapons and explosives on Monday in the central province of Bayda, causing a large explosion and killing a number of people.

It was not immediately clear how many among the dead were al Qaeda members. If confirmed, it will be the third U.S. drone strike in Yemen since the start of the year.

The collapse of the Yemeni government has raised doubts about the efficacy of the U.S. counterterrorism strategy, in no small part because the power vacuum creates an opening for al Qaeda in the Arabian Peninsula (AQAP), the Gulf-based Islamic militant group that has been behind plots in the U.S. and other Western nations.