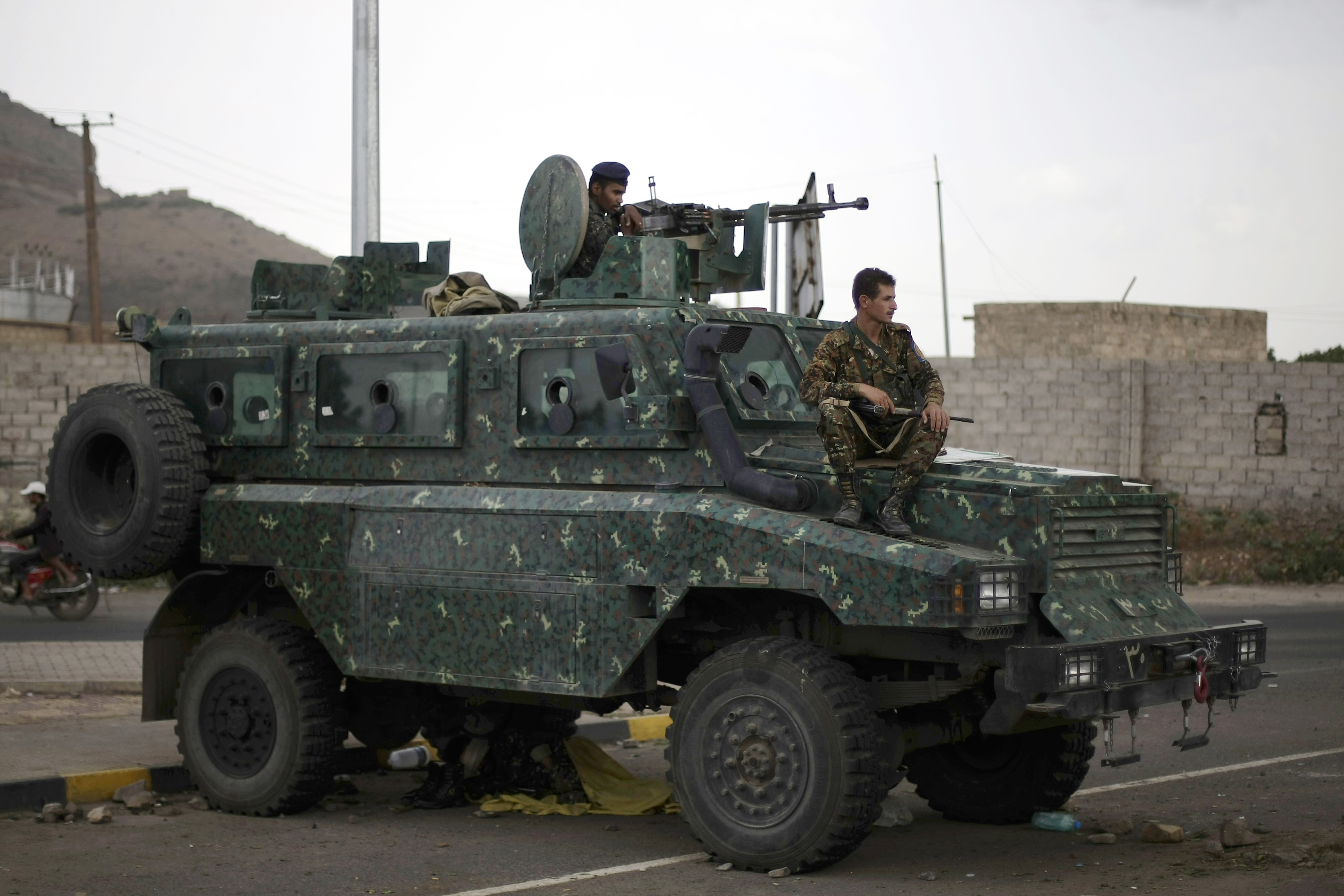 The U.S. State Department ordered non-emergency staff of the U.S. Embassy in Yemen to leave the country, began reducing the number of emergency staff, and urged other Americans to leave as well, warning that the security threat in the nation where al Qaeda's most active branch is based was "extremely high."

In a travel warning issued Tuesday morning, the State Department urged U.S. nationals who had travel plans to Yemen to delay them, and said those currently residing in the restive nation should "depart immediately."

CBS News correspondent Margaret Brennan says the U.S. government would not give details on exactly which staff members were being allowed to remain in Yemen, but she reports the departures represent a significant reduction in staff in the country.

Two sources told CBS News' Cami McCormick that the evacuated U.S. personnel have been flown to Ramstein Air Base in Germany.

Pentagon spokesman George Little confirmed to CBS News that the U.S. Air Force had assisted in evacuating some emergency personnel from Sanaa on Tuesday morning, and added that the "U.S. Department of Defense continues to have personnel on the ground in Yemen to support the U.S. State Department and monitor the security situation."

The British government took similar measures Tuesday, evacuating all staff from it's embassy in Sanaa citing a "high threat from terrorism throughout Yemen."

"If you don't leave the country now while commercial carriers are still flying it is extremely unlikely that the British government will be able to evacuate you or provide consular assistance," the Foreign and Commonwealth Office said in a written statement.

The decisions by the U.S. and British embassies to evacuate staff drew criticism from the Yemeni government. A statement by the Yemeni Embassy in Washington said Tuesday's decision to evacuate "serves the interests of the extremists and undermines the exceptional cooperation" between Yemen and the international community in the fight against terrorism.

The U.S. travel warning came a day after CBS News correspondent Bob Orr learned that an ambiguous terror threat which prompted the U.S. government to close nearly two-dozen embassies and consulates across the Middle East and North Africa -- in addition to the one in Yemen's capital city of Sanaa -- surfaced when intelligence analysts intercepted electronic communications between top al Qaeda leaders.

Al Qaeda chief Ayman al Zawahiri, believed to be hiding along the Pakistan-Afghanistan border, and Nasir al-Wuhayshi, the leader of Yemen-based al Qaeda in the Arabian Peninsula (AQAP), were overheard discussing "something big," sources told Orr.

It is extremely rare for veteran al Qaeda leaders to break operational security by openly discussing possible plots, and the interception stunned U.S. officials, according to CBS News' sources.

One source told CBS News senior investigative producer Pat Milton the tone of the conversation was serious and had a sense of urgency, and included al Qaeda's core leadership in the Pakistan-Afghanistan tribal areas pushing for AQAP to move forward with an attack. The source AQAP was urged to have an attack coincide with the conclusion of Ramadan at the end of this week and to ensure that it was a "big" attack.

There were, however, no specifics discussed, making it unclear whether AQAP was being urged to execute a plot already in the works or to develop one and then carry it out.

While the intercepted communication strongly suggests that any plot would be aimed at U.S. interests inside Yemen, Orr adds that the vague nature of the intelligence leaves the distinct possibility that AQAP could try to strike somewhere outside of that country.

American embassies and consulates were to remain closed through Saturday in 19 nations due to the threat.

AQAP has been for several years the most active among the al Qaeda network's satellite groups, and "is of particular concern" to the U.S., White House spokesman Jay Carney said Monday. The affiliate, he said, "has demonstrated both an interest in and a willingness to attempt serious attacks on the United States, our allies and our people."

AQAP has been battered by drone strikes, however, and lost its deputy commander Saed al-Shihri to one late last year.

Meanwhile, the AP reported that Yemeni officials said that militants shot down an army helicopter, killing all eight people on board including a military commander. The officials said a missile brought down the helicopter over the al Qaeda stronghold of Wadi Ubida in central Yemen.

"These are the Saudi loyalists that bin Laden trusted the most," explained CBS News senior correspondent John Miller after al-Shihiri's death was confirmed in July. "They have been, out of all the al Qaeda affiliates, the ones that have been the most effective in targeting America."