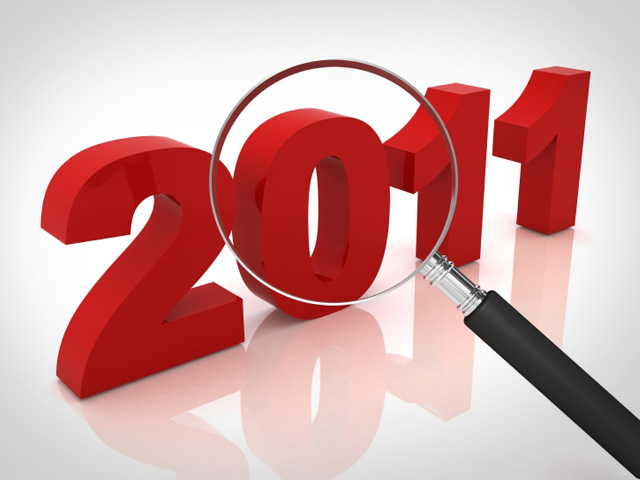 Before you slide into a holiday-induced brain freeze, there are a number of steps you can take before year end to save you money, courtesy of Uncle Sam. There are lots of other juicy tax benefits that are slated to disappear at the end of 2011, but read carefully, because some are subject to income testing. "A little planning can go a long way," according to Michael Goodman, CPA/PFS, CFP and President of Wealthstream Advisors. He advises acceleration of deductions this tax year if you expect to be in a lower tax bracket next year.

3) State sales-tax deduction: If you itemize your taxes, you can choose to take an itemized deduction for state sales taxes instead of state and local income taxes. This is a no-brainer for residents of states without income taxes, such as Texas and Nevada. But it might also work for people in areas with low state-income taxes that made a large purchase during the year such as a car or an engagement ring. (IRS sales tax calculator)

4) Energy efficiency upgrades: Here's where going green can save you green. If you make energy efficiency improvements to your home before the end of the year, you may be eligible for a tax credit of 10 percent for the cost, up to a maximum of $500. Approved improvements include new windows, insulation, high efficiency furnaces, water heaters and air conditioning, among many. Be sure to keep your receipts and manufacturer certification. (Energy Star items that qualify for the tax deduction)

5) IRA charitable donation: Donors over age 70 1/2 can contribute up to $100,000 of traditional IRA assets directly to one or more qualified charities (but not a donor-advised fund). While there's no tax deduction, the gift is excluded from income, and can count as part or all of the required minimum distribution. The charity must be qualified as publicly supported (no private foundations or donor-advised funds), and the distribution must go directly from your IRA to the charity without going to you first. The timing of this could be perfect if you haven't yet taken your required minimum distribution for 2011; if you don't need the money; or if you don't itemize. (IRS Publication 590)

6) Enhanced adoption credits: As part of the Patient Protection and Affordable Care Act (March 2010), the Adoption Tax Credit was extended one year until Dec. 31, 2011, the amount of credit was increased to $13,360 and it was made refundable, meaning that families can benefit even if they have less than $13,360 of federal income tax liability. If adoption expenses have been paid for by an employer, you may qualify to exclude up to $13,360 from income. The credit is subject to income phaseouts from $185,210 to $225,210 in AGI. (IRS Topic 607)

7) Classroom deduction for teachers: K-12 educators who work at least 900 hours during the school year can claim an above-the-line deduction of up to $250 ($500 if married filing joint and both spouses are educators, but not more than $250 each) of any unreimbursed expenses (books, supplies, computer equipment (including related software and services), other equipment, and supplementary materials) used in the classroom. (IRS Topic 458)

9 More year-end tax tips (with no expiration, except the calendar)

1) Mail your checks for deductible purchases: Procrastinator alert! If you're the type of person who waits until the last minute for everything, take note: To qualify for write-offs of charitable contributions and business expenses, your payments must be postmarked by midnight Dec. 31. The IRS says just writing "December 31" on the check does not automatically qualify you for a deduction; and pledges aren't deductible until paid. Donations made with a credit card are deductible as of the date the account is charged.

2) Give appreciated stock or fund shares to charity: Get in the holiday spirit, with the help of Uncle Sam. One way to lower your tax bill in April is to donate appreciated securities, like stocks, bonds or mutual funds, to a charity. You'll write off the current market value (not just what you paid for them) and escape taxes on the accumulated gains. Since charities don't have to pay capital gains on the gift, they get the full value of your generosity. Goodman says "donor-advised funds are a great solution for quick year-end planning. If you know you want the deduction but can't make the decision as to which charity you want to use, the DAF allows you to capture the deduction now and decide on the charity later."

3) Take advantage of low capital gains rates: If you're in the 10 or 15 percent bracket -- taxable income below $67,900 for married couples and $33,950 for singles -- profits on long-term capital gains (or ones owned more than 12 months) won't be taxed at all in 2011 and 2012. That's right: Your capital gains tax rate will be ZERO percent. It might make sense to sell taxable assets at gains in the next two years, because most experts believe that rates will rise in the future. That goes for high earners, because the current top rate is at a historic low of 15 percent. Given that a new 3.8 percent tax on net investment income is set to take effect in 2013 for joint filers with AGI's of $250,000 or more (or $200,000 for single filers) it makes sense to consider locking in gains at this year's lower rate. Goodman warns that "the portion of the capital gain that puts you over the taxable income threshold will be taxed at the higher cap gains rate."

5) Avoid getting soaked by a wash sale: If you are starting to clean up your non-retirement accounts to take losses, don't get soaked by the "Wash Sale" rule. The IRS won't let you deduct a loss if you buy a "substantially identical" investment within 30 days, what's known as a wash sale. To avoid the wash sale, wait 31 days and repurchase the stock or fund you sold, or replace the security with something that is close, but not the same as the one you sold...hopefully something cheaper, like an index fund. (IRS Publication 550)

6) Fully fund your college savings 529 plan: The average public university now charges over $8,200 for tuition and fees -- a massive 8.3 percent increase from last year -- so now's the time to get a leg up on your education savings with a 529 plan. Money saved in these programs grows tax-free and withdrawals used to pay for college sidestep taxes, too. You can invest up to $13,000 in 2011 without incurring a federal gift tax and many states offer state tax deductions for the contributions. (529 Plan information)

7) Use your flex account or lose it: Some employers require employees with flexible spending accounts (pretax dollars that pay out-of-pocket medical and childcare expenses) to forfeit contributions that go unused by Dec. 31. If you have an FSA, check your company's rules. If you have cash sitting in the account and your deadline is year-end, spend it to avoid leaving money on the table.

8) Retirement withdrawals: According to Fidelity Investments, two-thirds of all IRA holders haven't yet taken their required payouts (required minimum distributions or MRD), which must be withdrawn by Dec. 31. There is one exception: Taxpayers taking their first required payout may do so by April 1, 2012. The penalty on not taking your required minimum distribution is steep -- 50 percent on the shortfall. (IRS FAQs about MRDs)

9) Project your income: If you're self-employed, estimate your income for 2011 and 2012. If your tax bracket could rise next year, delay making tax-deductible business purchases until January, when the write-offs will become more valuable. If you think you'll bring in less money in 2012, do exactly the reverse.

Explainer: How does the Fed influence the economy?
Jill Schlesinger