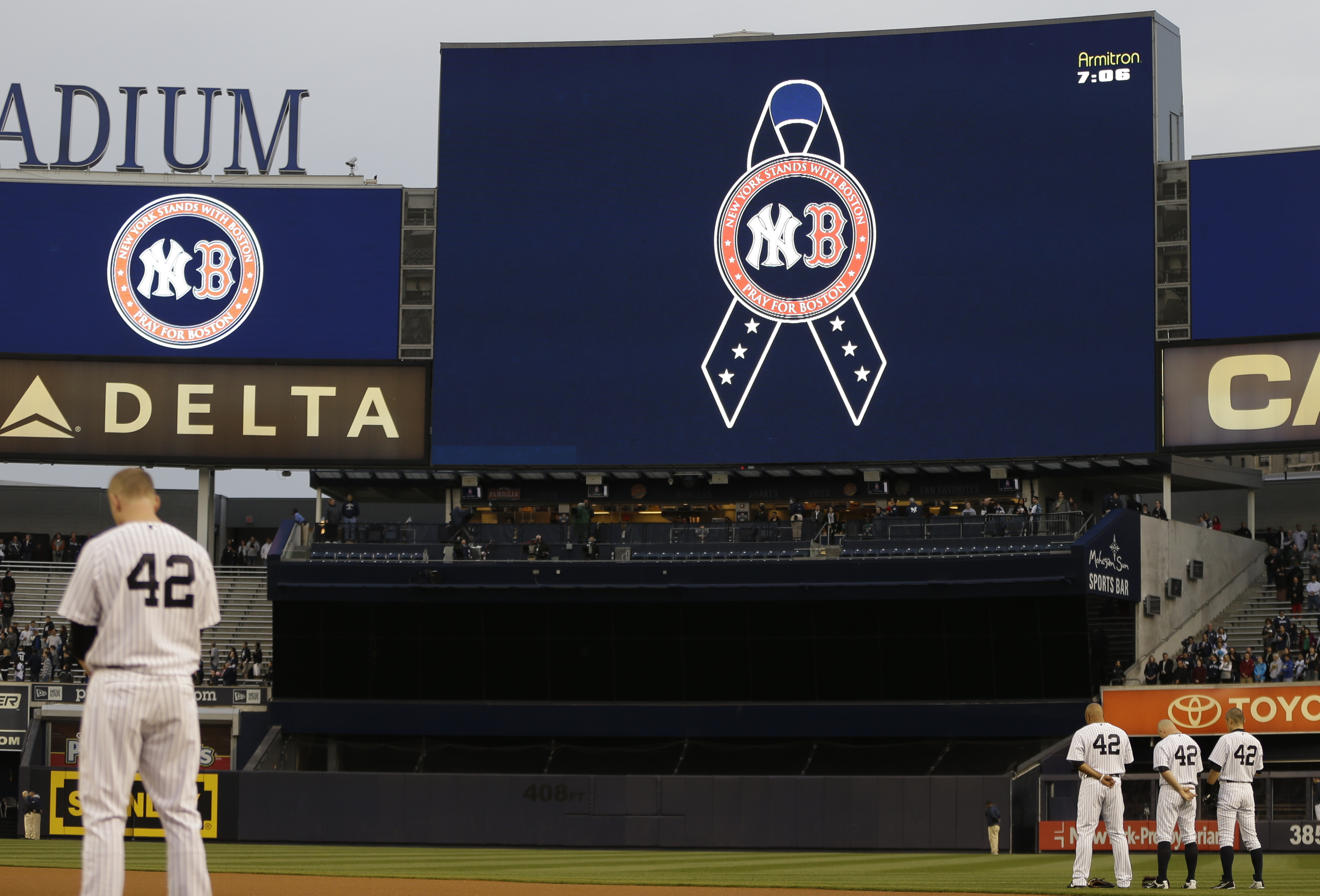 The popular sing-along song has been featured at Boston Red Sox home games since 2002.

The Yankees honored Boston, home of their longtime rivals, by playing the Neil Diamond hit over the public-address system after the third inning against Arizona. Yankees fans sang along, and some people in the crowd wore Red Sox hats and jerseys.

"Thank you NY Yankees for playing `Sweet Caroline' for the people of Boston," Diamond wrote on his Twitter page. "You scored a home run in my heart. With respect, Neil (hashtag)OneBoston."

A ribbon was shown on the scoreboard displaying the insignia of the Red Sox and Yankees and the words: "New York stands with Boston ... Pray for Boston."

There also was a pregame moment of silence. A message that read "United We Stand" showing the Red Sox and Yankees logos was posted on an electronic board atop the ballpark.

Earlier in the day, Yankees manager Joe Girardi said it was time to "put the baseball teams aside" and recognize "we're all behind the people in Boston."

In Miami, the crowd at Marlins Park sang along to "Sweet Caroline" before the bottom of the eighth inning, and two fans waved a large American flag paying tribute to the marathon victims.