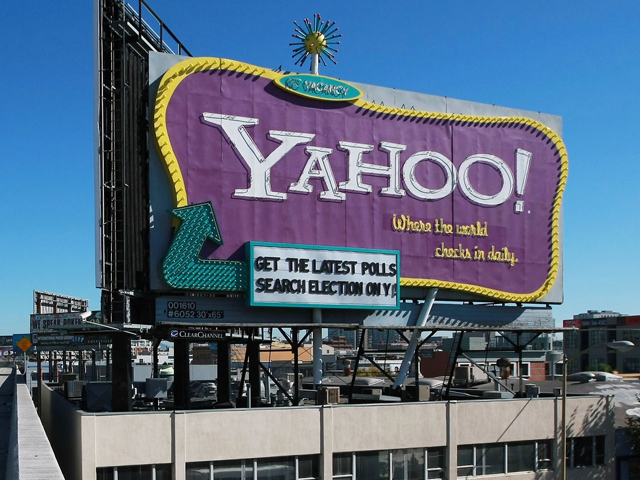 The results announced Tuesday underscore the challenges facing Yahoo's newly hired CEO Marissa Mayer as she tries to turn around the Internet company after a 13-year career as a top Google executive. Yahoo appointed Mayer yesterday as it learned that she is expecting her first child in October.

Mayer, 37, will attempt to reverse years of financial lethargy that has plagued Yahoo while rivals such as (GOOG) and Facebook Inc. (FB) have prospered as advertisers spent more money promoting their wares on the Internet.

Can Mayer save Yahoo?
New Yahoo CEO faces formidable task
Marissa Mayer is pregnant -- and so what?

Yahoo struggled through its latest quarter under two different CEOs, Scott Thompson and Ross Levinsohn. After Thompson stepped aside in mid-May amid an uproar over misleading information on his biography, Levinsohn began filling in as interim CEO. Mayer defected from Google in a surprise move announced Monday and took the helm at Yahoo Tuesday.

Yahoo earned $227 million for the three months ending in June. That was down 4 percent from net income of $237 million a year ago.

Analysts polled by FactSet had projected earnings of 20 cents per share.

The numbers for the latest quarter were dragged down by a $136 million charge for employee layoffs. The company, which is based in Sunnyvale, Calif., trimmed 1,500 people from its payroll to end June with 12,500 employees.

If not for the severance charge and special tax provision, Yahoo said it would have earned 27 cents per share.

Revenue for the period dipped 1 percent from last year to $1.22 billion. After taking out ad commissions, Yahoo's net revenue totaled $1.08 billion. That figure fell about $16 million, slightly below analyst estimates.

The net revenue, a focal point for investors, was slightly higher than the same time last year. That marked the second consecutive quarter that Yahoo had posted modestly higher net revenue.

Yahoo shares edged up 4 cents to $15.64 in Tuesday's extended trading.