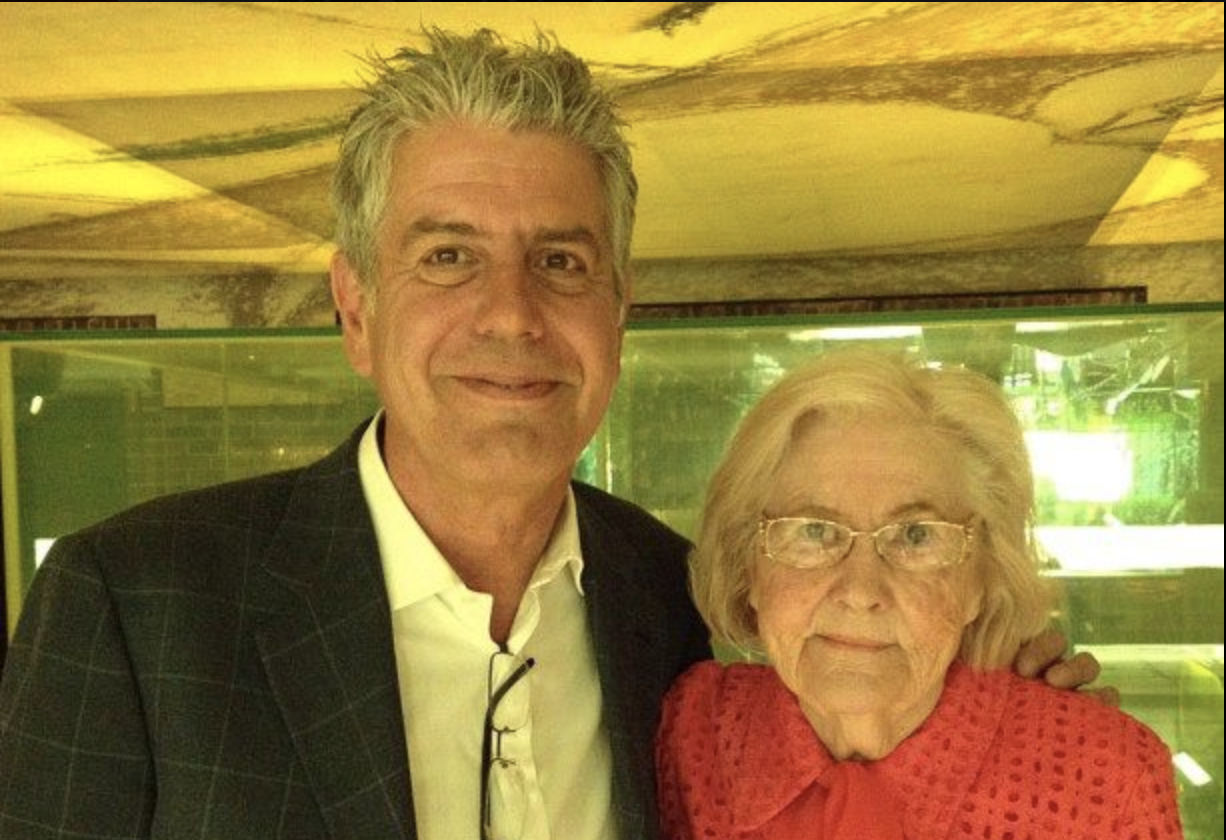 Marilyn Hagerty, a newspaper columnist from North Dakota, says she is grateful for Anthony Bourdain and remembers the time the late chef stepped up to defend her.

Her article catapulted to fame, but most of the attention was negative. Many people took jabs at Hagerty's love of the chain restaurant. Hagerty had become the butt of a joke, and Bourdain was one of the people to come to her defense.

The celebrity chef, who died of an apparent suicide in France on Friday, stood up for Hagerty on Twitter. He not only offered support for Hagerty online, but met her in person. Bourdain invited her to meet him for coffee while she was on a media tour in New York.

Bourdain not only supported Hagerty through the online hate she was receiving at the time, but he ended up publishing a book of her columns, "Grand Forks: A History of American Dining in 128 Reviews."

"Anyone who comes away from this work anything less than charmed by Ms. Hagerty -- and the places and characters she describes -- has a heart of stone," Bourdain wrote in the foreword. "This book kills snark dead."

After Bourdain died, Hagerty reflected on her time with him. She told the Associated Press she enjoyed meeting Bourdain, whom she described as "handsome." Hagerty remembered meeting him for coffee, and says they talked for a couple of hours about her life, North Dakota and a birthday party he held for his daughter, who was 5 at the time.

"You just would like to sit and have coffee with him, or booze, or whatever he's having," she said. "To me, he was a warm person, and you liked to spend time with him because he was interested."

Hagerty said although Bourdain was a star, he wasn't self-absorbed. "He wanted to talk about me and my home … he just didn't talk about himself and his interest in food."

She admits she wasn't a huge fan of his shows. "I never really could understand a lot of the things he did, why he'd want to do them," she said. "But he wasn't weird or kooky or anything. He was just a really pleasant person."

Hagerty said she thought Bourdain wanted to meet with her so he could make sure she wasn't "some kind of a kook" before he decided to work on her book. But in the end, Bourdain and Hagerty had become friends.

"I am sorry that Anthony Bourdain died. I'm especially sorry about the way he died," Hagerty said. "And, of course, I'm forever grateful for the fact that he chose to enter in and take up my side in the dispute that I had nothing to do with."