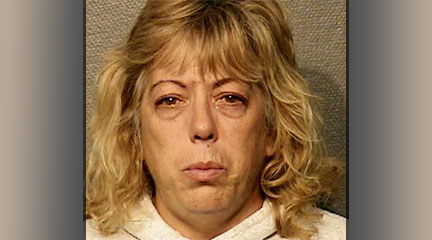 (CBS/KHOU/AP) HOUSTON - A 49-year-old Houston woman who blogged under the name "woundedpoeticsoul" is facing felony charges for allegedly stalking her ex-boyfriend.

According to court documents, Toni Jo Silvey repeatedly vandalized her ex-boyfriend's property, called him over 1,000 times and sent him more than 700 emails in a recent three-month period, reports CBS affiliate KHOU.

The alleged victim told investigators Silvey started a blog about their relationship in June, where she would repeatedly say things that could be damaging to his reputation and business, KHOU reported.

He said Silvey smashed windows at his home on multiple occasions - sometimes with a tire iron, and at least one time with a 5-foot sword. He said Silvey also egged his home several times and then bragged about it on her Facebook page, the station reported.

On one occasion, the victim said Silvey rammed her SUV into his car, causing his car to hit his garage and the siding of his home.

The damage totaled more than $1,700, according to court documents.

Felony stalking charges were filed against Silvey on October 10.