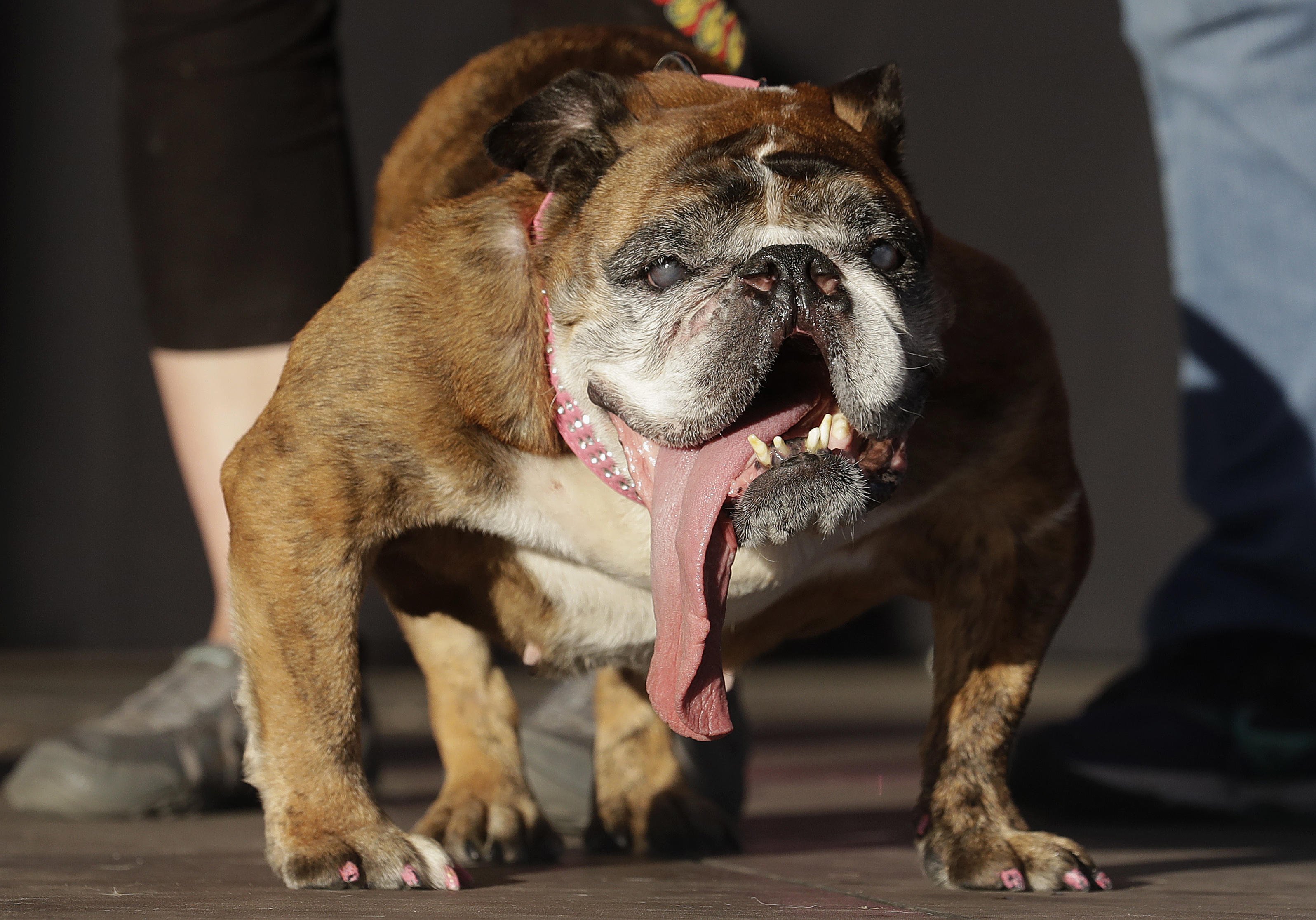 PETALUMA, Calif. -- A 9-year-old English bulldog was named the winner of the 2018 World's Ugliest Dog contest in the San Francisco Bay Area.

The dog's owner Megan Brainard of Anoka, Minnesota, will receive $1,500 for Zsa Zsa's win. Brainard found Zsa Zsa on a pet-finding site, according to the contest bio.

Dogs in the annual competition flaunt their imperfections - some have hairless bodies, others have lolling tongues. The dogs and their handlers walk down a red carpet. The dogs are evaluated by a panel of judges.

Last year's winner was a 125-pound gentle giant named Martha -- a Neapolitan Mastiff with gas and a droopy face.

The contest is in its 30th year. It is usually held on Friday nights, but organizers moved the competition to Saturday in an effort to draw a bigger audience.