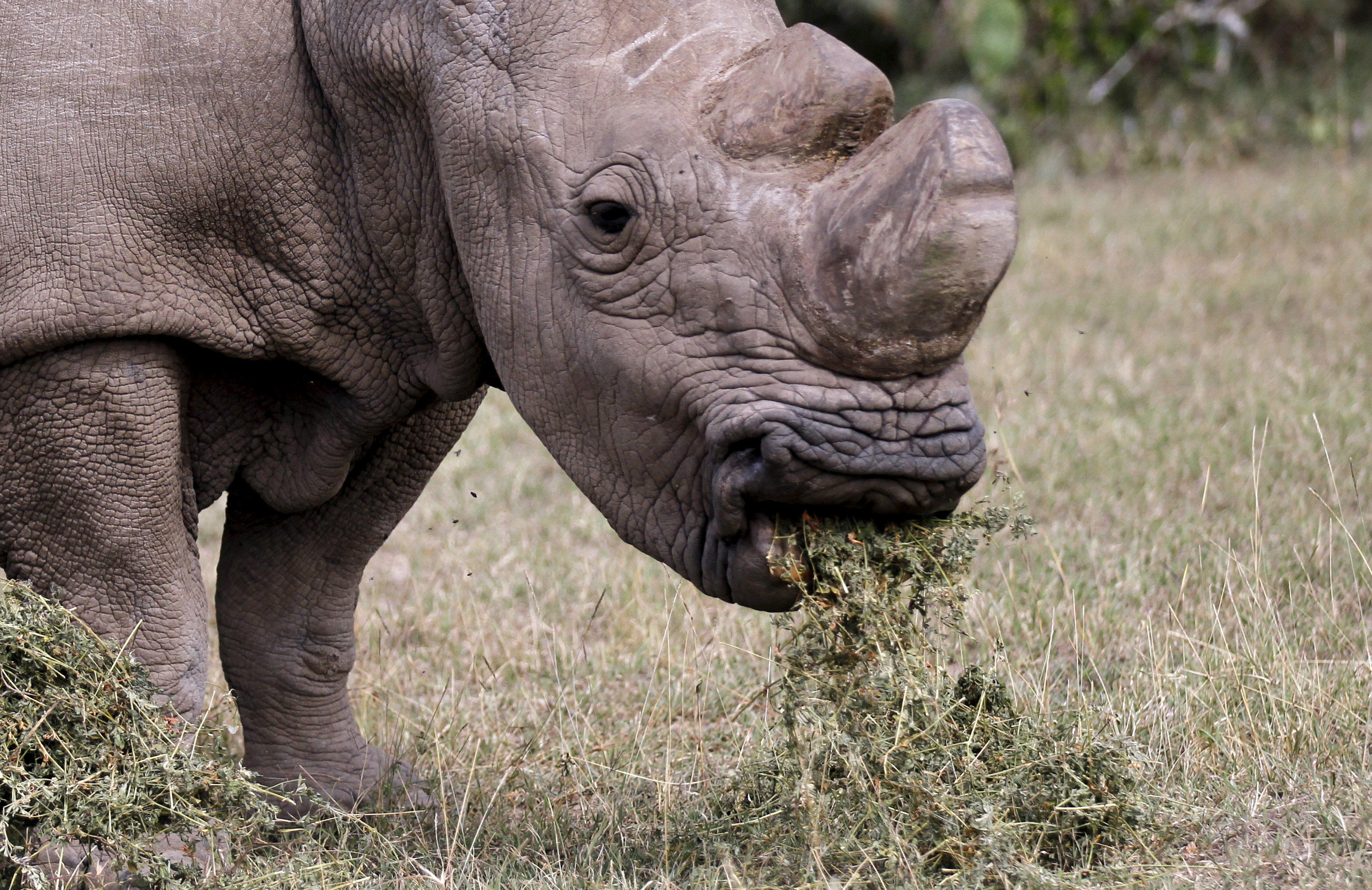 “I don’t mean to be too forward, but the fate of the species literally depends on me,” the rhino’s profile says. “I perform well under pressure.”

The campaign called “The Most Eligible Bachelor in the World,” by a Kenyan wildlife conservancy and the dating app, focuses on the rhino named Sudan.

The 43-year-old and his last two female companions are unable to breed naturally because of issues that include old age.

Ol Pejeta Conservancy and the app aim to raise $9 million for research into breeding methods, including in-vitro fertilization, in an effort to save the species from extinction.

“We partnered with Ol Pejeta conservancy to give the most eligible bachelor in the world a chance to meet his match,” said Matt David, head of communications and marketing at Tinder. “We are optimistic given Sudan’s profile will be seen on Tinder in 190 countries and over 40 languages.”

Sudan lives at the conservancy, protected by guards around the clock, with the two females, Najin and Fatu.

“The plight that currently faces the northern white rhinos is a signal to the impact that humankind is having on many thousands of other species across the planet,” said Richard Vigne, the conservancy’s chief executive officer. “Ultimately, the aim will be to reintroduce a viable population of northern white rhino back into the wild, which is where their true value will be realized.”