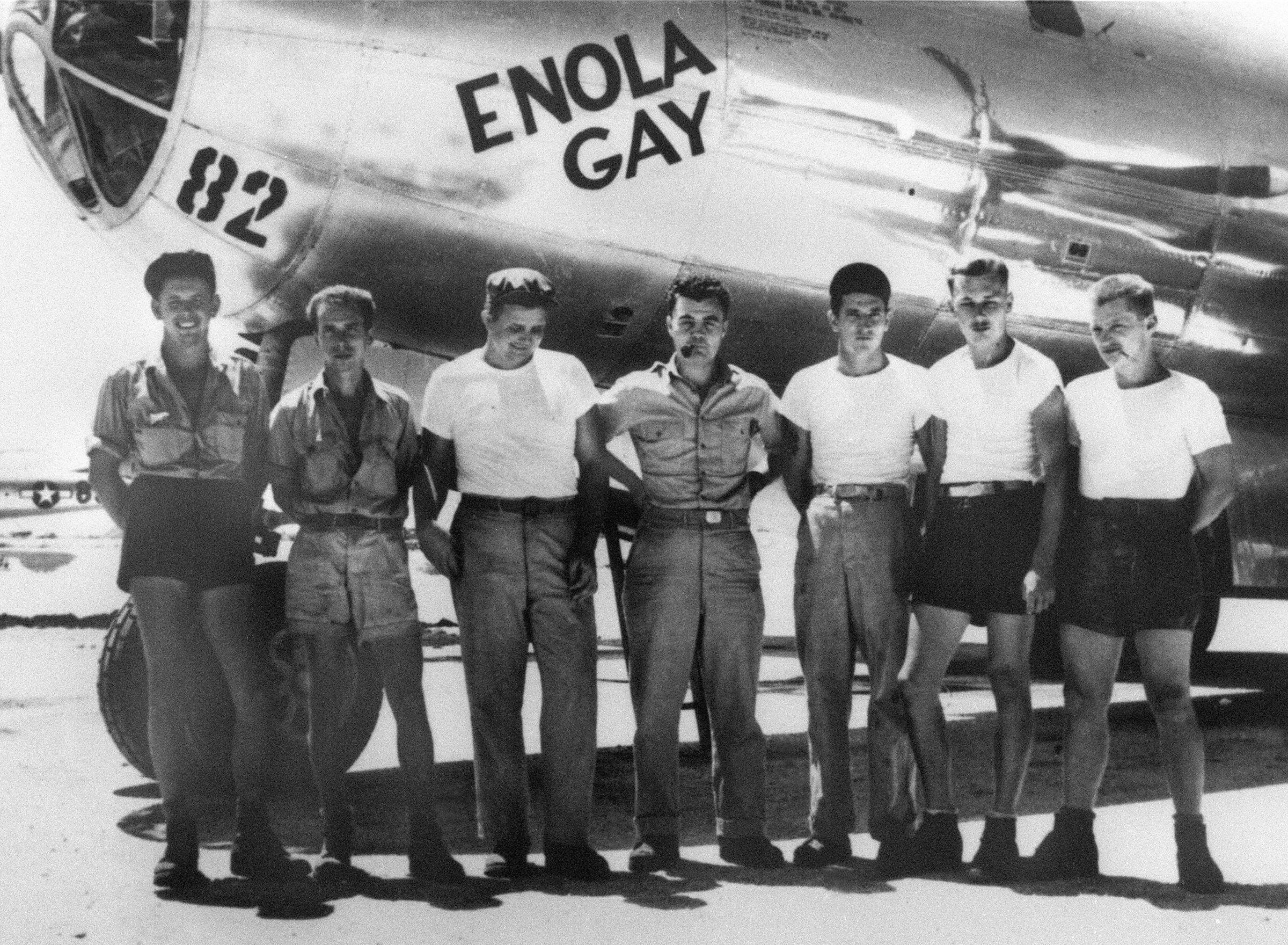 Dayton Air Show spokeswoman Brenda Kerfoot said the June 22-23 event at Dayton International Airport will keep a planned "Great Wall of Fire" pyrotechnic show but not as an event meant to re-enact the Aug. 6, 1945, bombing of Hiroshima. The B-29 plane "Fifi," similar to the Enola Gay B-29 bomber used to attack Japan, will remain in the show but in a separate role.

Air show officials said the re-enactment was meant to highlight a historic event that helped end the war and save lives that would have been lost if the war had been prolonged.

"We've taken it as more of an educational show," Kerfoot said. "The wording that we used probably wasn't the best."

She said once critics this week began calling it inappropriate for a family event, the air show decided to separate the B-29 from the pyrotechnic show.

"We didn't want it to become a distraction to the overall quality of the show," she said.

The Dayton Daily News reported earlier that art curator Gabriela Pickett started an online petition to object to the "glamorization of destruction."

"I'm very pleased to hear that they are going to have two different events, and not the re-enacting," she said Thursday. "It would have been pretty much a celebration of dropping the bomb that killed hundreds of thousands of people."

She said some 200 people signed her online petition in a little more than a day's time, and that she had received a number of emails from Japanese-Americans who were upset. She noted that Dayton has an immigrant-friendly "Welcome Dayton" initiative, and is known for its peace efforts.

The city has for years highlighted its role as the site of the Dayton peace accords on Bosnia negotiated in 1995. The Dayton Literary Peace Prize each year honors literature's power to promote peace.

A University of Dayton associate professor who was born in a U.S. wartime detention camp for Japanese-Americans said besides the "re-enactment" being offensive, the show's contention that the bomb that killed so many Japanese ended up saving more lives is disputable — some historians say Japan would have surrendered without the atomic bomb attacks.

"By having shows like that, it is not only in bad taste, but I think I sustains misinformation," said Ron Katsuyama, past president of the Asian American Council.

As many as 140,000 people were killed by the atomic bomb attack on Hiroshima, with more than 70,000 more killed in an attack three days later on Nagasaki.

In 1994, Bill Clinton's White House pressured the U.S. Postal Service into scrapping a mushroom cloud stamp planned to commemorate the 50th anniversary of the war's end, following protests by the Japanese government.

A spokeswoman at the Japanese Embassy in Washington said Thursday it was unaware of the air show issue and had no comment.

The controversy is another setback for the show that dates to 1975 in the city that was home to the aviation-pioneering Wright Brothers.

The air show last month announced that its headline act, the U.S. Air Force's Thunderbirds jet demonstration team, was canceled because of the cuts triggered by the failure to reach a federal budget deal in Washington.

The show normally attracts more than 70,000 people for its displays of vintage planes, aerial acrobatics and stunts. Kerfoot said attendance likely will be lower this year.

In 1976, Paul Tibbets, the World War II pilot of the Enola Gay, drew criticism for reenacting the bombing during an appearance at a Texas air show.