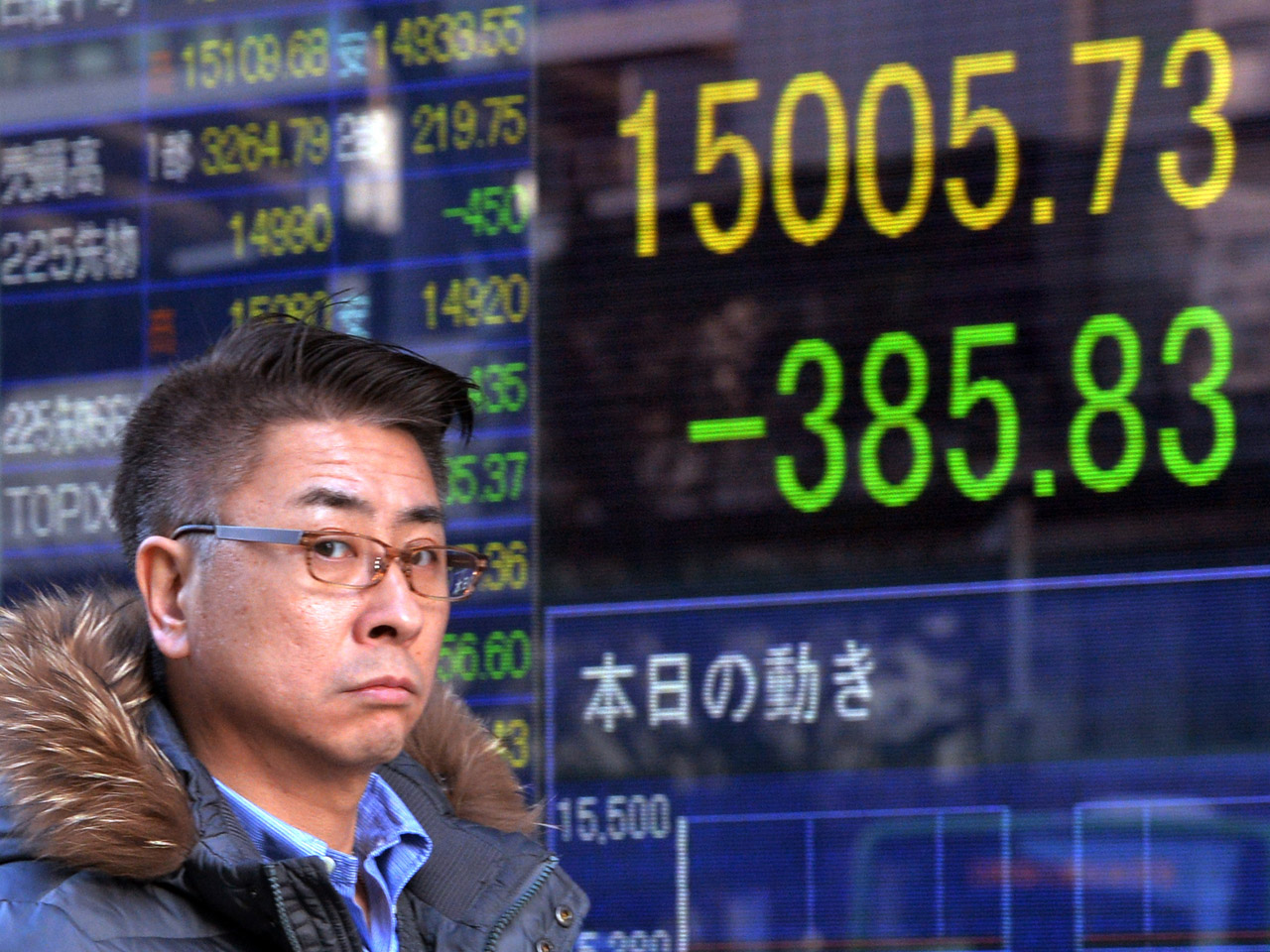 PARIS - Global stocks continued to fall on Monday, extending a rout begun last week, as investors worried about a slowdown in growth in China and other developing economies that is causing big losses among emerging-market currencies.

Markets first became unsettled on Thursday, when a survey indicated a drop in Chinese manufacturing activity, the latest sign that a painful slowdown in the world's No. 2 economy is likely to continue.


When investors worry about global growth, they first pull back from riskier trades in emerging markets. That combined with concerns about specific countries -- economic stability in Argentina and a political scandal in Turkey -- to convince investors to sell off even more sharply.

"The growing turmoil in emerging markets is inflicting damage ...  across the board and no letup is expected in the near term," said Mitul Kotecha, head of global markets research for Asia at Credit Agricole CIB, in a report.

After sharp losses in Asia, Europe was also trading lower. Around midday, London's FTSE 100 index of British companies skidded nearly 1.5 percent to 6,565.61. It was dragged down by a 17 percent plunge in the shares of natural gas provider BG Group, which warned on its outlook due to turmoil hitting its Egyptian operations, among other things

Across the Atlantic, however, there was hope for greater calm, with Dow futures up. Traders were on watch for a report on U.S. new home sales, which several economists predicted to have fallen in December. Dow futures rose less than half a percent to 15,822.00 while the broader S&P 500 futures climbed 0.4 percent to 1,788.75.

Among the biggest movers in financial markets were the currencies of emerging economies.

The Turkish lira hit a record low of 2.39 per dollar on Monday before recovering to 2.32 per dollar after the central bank said it would hold an emergency policy meeting on Tuesday. The South African rand fell another 0.3 percent to 11.13 per dollar, and Russia's ruble fell 0.5 percent to 34.68 per dollar.

Stocks and currencies in emerging markets have been propped up for years by investors seeking higher returns using a tide of so-called "easy money" from the Fed and other central banks. But now that the end for those policies looks to be near, some investors are fleeing stocks.

In that light, investors will be looking forward to a two-day meeting of the U.S. Federal Reserve starting Tuesday, where officials are expected to reduce its monthly bond buying by another $10 billion to $65 billion. Recent signs of a sustained recovery in the world's biggest economy will play a big role in the decision by Fed officials to scale back stimulus for a second time.

Investors are sensitive to trouble in developing economies such as China as they are playing an increasingly large role in the world economy. Emerging and developing economies account for nearly 40 percent of the global economy, up from 18 percent two decades ago. China's share zipped to 14 percent from 4 percent, according to Societe Generale.

In Asia, investors sought out the perceived safe haven of the Japanese yen, which strengthened to a seven-week high against the dollar, and gold, which was at its highest in more than two months. The higher yen tends to hurt Japan's stocks as it makes its big exporters less competitive. The Nikkei briefly dipped below 15,000 for the first time since mid-November before closing 2.5 percent lower at 15,005.73.

In energy markets, benchmark crude for March delivery was up 10 cents to $96.74 in electronic trading on the New York Mercantile Exchange. The contract fell 68 cents to close at $96.64 on Friday.