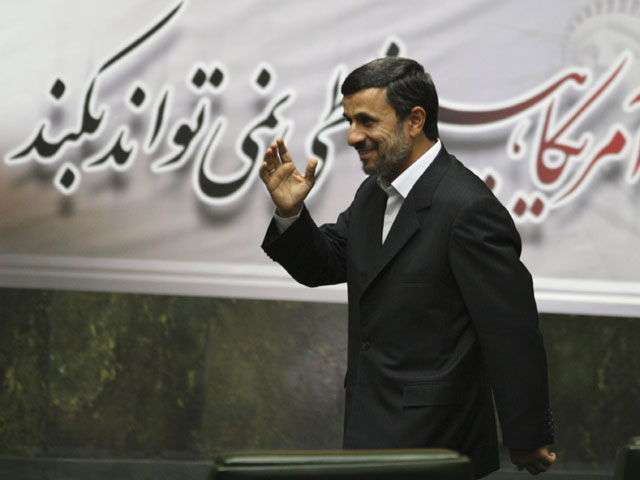 The world community remains divided over how to respond to a U.N. nuclear watchdog report that claims Iran is pursuing nuclear weapons.

"Diplomatic jockeying has already begun in Tehran, Moscow, Washington and New York," CBS News foreign affairs analyst Pamela Falk said, adding that the new report by the U.N. International Atomic Energy Agency (IAEA) has strengthened the resolve of the U.S., Israel, and other European nations that sanctions need to be imposed on Iran, perhaps on its Central Bank.

Israel said that the IAEA findings - which Falk notes is the strongest compilation of information that proves Iran is closer to developing its own nuclear weapon - shows that the world must work together to stop Iran's "pursuit" of nuclear power. The Israeli statement stopped short of advocating military force or recommending any other actions, but Israel's defense minister Ehud Barak said on Monday that a military strike against Iran was possible.

The Obama administration has indicated the next likely step will be the enforcement of stronger sanctions, in the hopes that it will stave off a military confrontation, Falk reports.

France's Foreign Minister Alain Juppe said the nation would support an "unprecedented scale" of sanctions against Iran if the country resists any continued investigations. "We cannot accept this situation (of a nuclear-armed Iran), which would be a threat to stability and peace of the region and beyond," Juppe said on France's RFI radio.

However, Russia said that the new findings are nothing more than already known facts which have been given a "politicized tone," adding that they would reject any new sanctions against Iran. "According to our initial evaluations, there is no fundamentally new information," the Foreign Ministry said about the report, according to Reuters.

Instead, Russia promoted communication with Iran.

"Any additional sanctions against Iran would be perceived by the international community as an instrument for regime change in Tehran," deputy Foreign Minister Gennady Gatilov told the Interfax news agency, adding that Russia "does not intend to consider such proposals."

China remains on the fence, and has yet to comment on whether or not they would support harsh action against Iran. During a press conference, Foreign Ministry spokesman Hong Lei asked for the Islamic nation to be "serious and flexible," but at the same time called for the U.N. to remain "objective" to hearing Iran's explanations. They added that they are still looking at the U.N report.

It comes as no surprise that Russia and China are hesitant to support sanctions against Iran, as the two countries have been strong allies with the Islamic nation. And, with both nations having veto power in the U.N. Security Council, it suggests that any action against Iran will be difficult to adopt.

President Mahmoud Ahmadinejad said in a statement to the Iranian people that the IAEA has tarnished their reputation by siding with the "absurd" U.S. opinion.

Ahmadinejad strongly denied that Iran was seeking atomic weapons, and said the country would not deviate "one iota" from their nuclear program, which he has said conducts research for civilian uses. Falk added that Iran has dispatched all their nuclear envoys to help dispute the report.