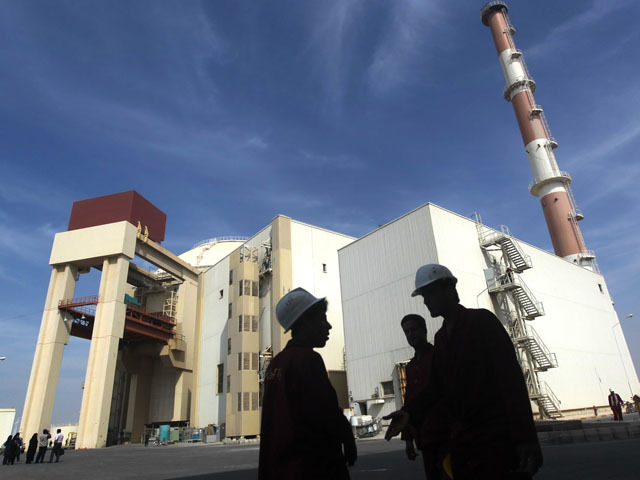 VIENNA - The U.N. nuclear atomic energy agency said Tuesday for the first time that Iran is suspected of conducting secret experiments whose sole purpose is the development of nuclear arms.

The report is the strongest sign yet that Iran seeks to build a nuclear arsenal, despite claims to the contrary. With Israel threatening a military response, the report opens the way for a new confrontation between the West and Iran.

In Washington, officials said the report confirms U.S. suspicions about the military nature of Iran's program and that the Obama administration is considering pressuring Iran with additional sanctions, if it fails to answer questions posed by the new information.

In its latest report on Iran, the International Atomic Energy Agency outlines the sum of its knowledge on the Islamic Republic's alleged secret nuclear weapons work, including:

-Clandestine procurement of equipment and design information needed to make such arms;

-High explosives testing and detonator development to set off a nuclear charge;

-Computer modeling of a core of a nuclear warhead;

-Preparatory work for a nuclear weapons test, and

-Developing and mounting a nuclear payload onto its Shahab 3 intermediate range missile -- a weapon that can reach Israel, Iran's arch foe.

He told Israel Radio that he did not expect any new U.N. sanctions on Tehran to persuade it to stop its nuclear defiance, adding: We continue to recommend to our friends in the world and to ourselves, not to take any option off the table."

The "all options on the table" phrase is often used by Israeli politicians to mean a military assault, and Israeli government members have engaged in increased saber rattling recently suggesting that an attack was likely a more effective way to stop Iran's nuclear program than continued diplomacy.

An official told the AP that the Israeli Cabinet spoke about the issue, with Barak and Prime Minister Benjamin Netanyahu partial towards taking action. In addition, an Israeli missile test has raised the possibility of a military action.

Iran's official IRNA news agency dismissed the IAEA report, saying it "repeats the past claims by the U.S. and the Zionist regime, what was rejected in the past report of the agency."

The IRNA commentary said: `The head of the agency has included worthless comments and pictures provided by the intelligence services in the report." It said past inspections by the agency proved what was mentioned as a large steel container, which the IAEA believes is used for nuclear arms-related high explosives tests, were only "metal-constructed toilets."

In Moscow, Russia's Foreign Ministry said it would not comment on the report until it had time to study it. "Time is needed to study it carefully," the ministry said in a statement issued shortly before the IAEA report was released.

"The analysis should be carried out in a calm atmosphere because it is important to figure out whether there really are new, and indeed trustworthy, facts that confirm the suspicions that there are military components in the Iranian nuclear program, or whether we're talking about the intentional and counterproductive exacerbation of emotions," the ministry said.

While some of the suspected secret nuclear work outlined in the annex could also be used for peaceful purposes, "others are specific to nuclear weapons," said the confidential report obtained by The Associated Press.

Some of the information contained in the annex was new -- including evidence of a large metal chamber at a military site for nuclear-related explosives testing. The bulk, however, was a compilation and expansion of alleged work already partially revealed by the agency.

But a senior diplomat familiar with the report said its significance lay in its comprehensiveness, thereby reflecting that Iran apparently had engaged in all aspects of testing that were needed to develop such a weapon. Also significant was the agency's decision to share most of what it knows or suspect about Iran's secret work the 35-nation IAEA board and the U.N. Security Council after being stonewalled by Tehran in its attempts to probe such allegations.

Copies of the report went to board members and the council, which has imposed four sets of U.N. sanction on Tehran for refusing to stop activities that could be used to make a nuclear weapon and refusing to cooperate with IAEA attempts to fully understand its nuclear program.

The agency said the annex was based on more than 1,000 pages of intelligence and other information forwarded by more than 10 nations and material gathered by the IAEA itself.