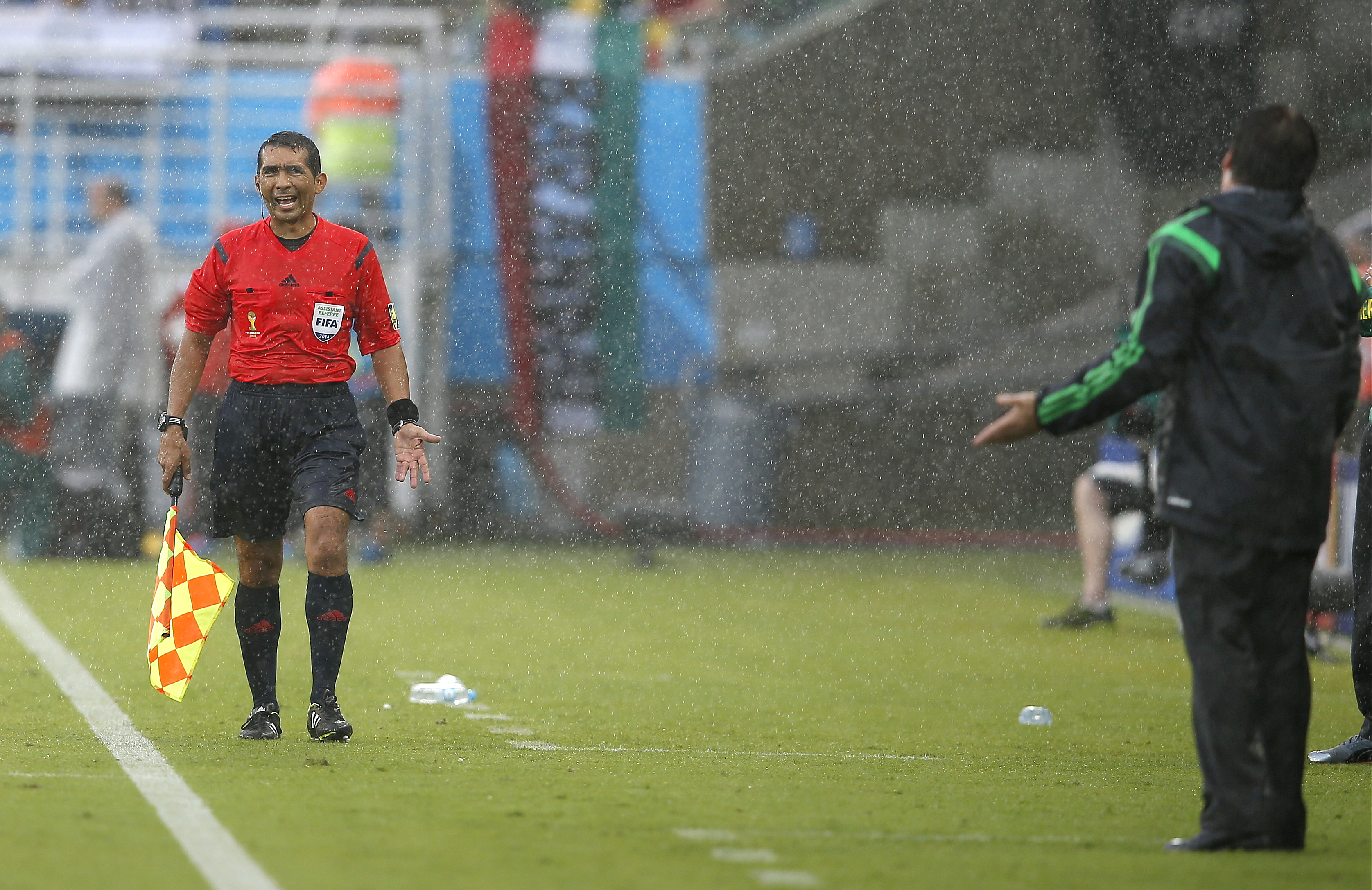 FIFA says Humberto Clavijo will not be in referee Wilmar Roldan's team for South Korea vs. Algeria in Porto Alegre on Sunday.

Clavijo will be replaced by Christian Lescano of Ecuador, according to FIFA's website.

In the second game of the World Cup, Clavijo drove the Mexican team to distraction by twice ruling out goals. The first was an offside call that was highly marginal, the second was plain inexplicable.

In other Sunday assignments, FIFA picked Nestor Pitana of Argentina to referee United States vs. Portugal in Manaus.

After beating Ghana 2-1, the Americans could advance from Group G with a second win.

Pitana previously handled a 1-1 draw between Russia and South Korea in Group H.

Felix Brych of Germany will referee Belgium vs. Russia at the Maracana Stadium in Rio de Janeiro.

"Our goal is for the referee to remain in the background during a match and for the players to be at the center," World Cup refereeing boss Massimo Busacca said in the run-up to the tournament.

So far that's not quite working out as match officials have planted themselves firmly at the center of most conversations about the tournament in Brazil.

The tournament started badly for the referees in the first match, when the hosts Brazil were awarded a crucial penalty against Croatia that gave them a 2-1 lead.

Japanese referee Yuichi Nishimura, an experienced official who usually runs games in the J-League, saw defender Dejan Lovren place a hand on the arm of Brazil's Fred and the striker reacted by hurling himself to the ground. Nishimura blew for a penalty and Neymar scored it, transforming the game.

There was no shirt pulling, no grabbing. Most top-level European referees are used to the antics of strikers but Nishimura, perhaps accustomed to the more sedate and, perhaps, more honest Japanese league, fell for the trick.

The Croatians were furious with the decision and said it helped decide the match. Coach Niko Kovac described it as "a robbery" and said the "the whole world saw the big mistake" by the referee. He said that "if that was a penalty, we should be playing basketball. Those kinds of fouls are penalized there."

Even more galling for Croatia was the fact that Neymar really shouldn't have been on the field at all after whacking a Croatian player on the chin early in the game.

The day before the tournament started, The Associated Press asked Busacca how his referees could spot the difference between genuine fouls and cheating.

"For the referees it can be difficult to distinguish a foul from a simulation as it is mostly a question of centimeters," said FIFA's head of refereeing. "Nevertheless, match officials are trained to be in the best position on the pitch where they can take the right decision. We developed several exercises and we are training them every day to make sure the referees are as well prepared as possible."