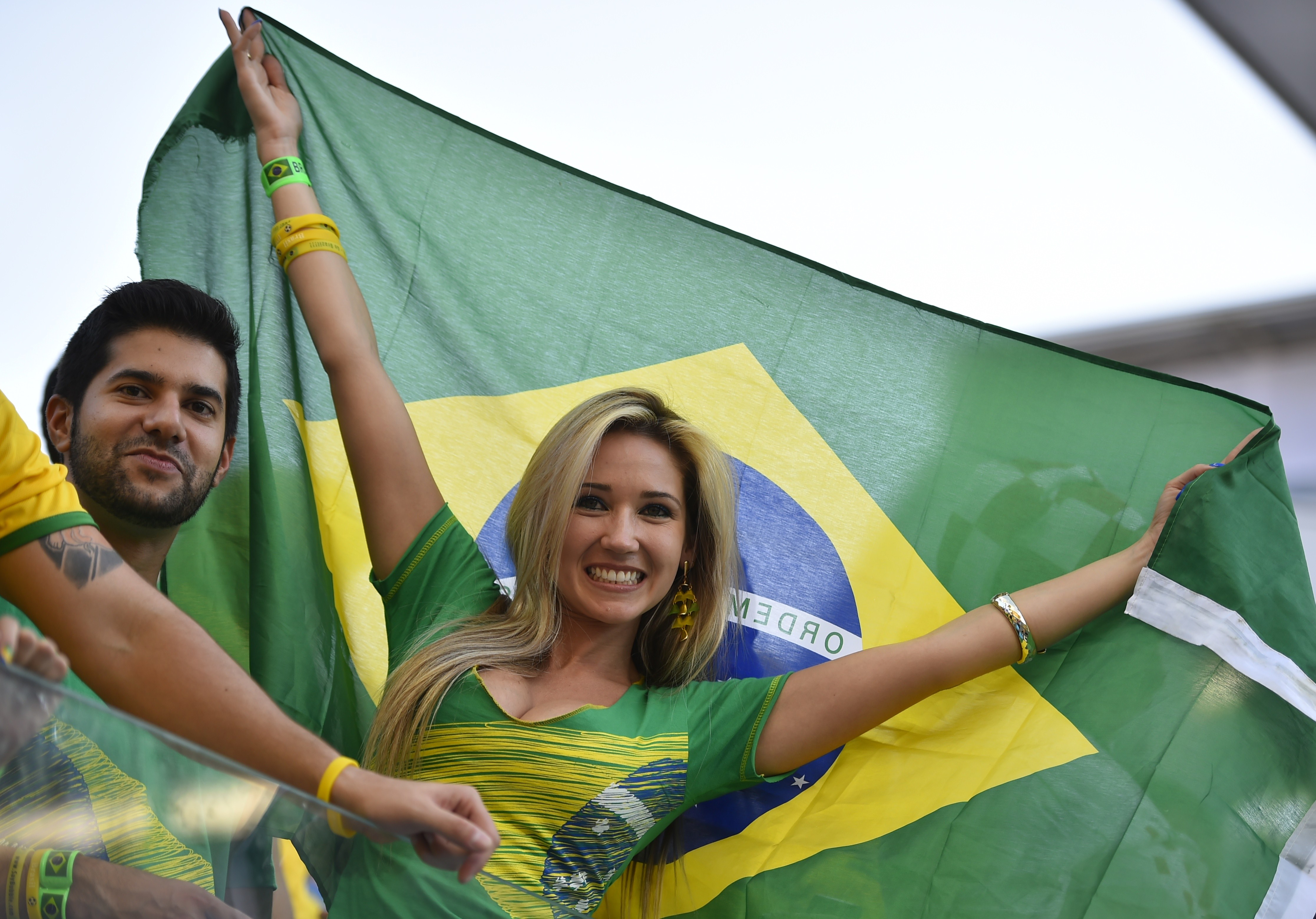 With a nationwide wave of excitement but also wafts of tear gas, the country that sees itself as the artful soul of soccer but is deeply conflicted about spending billions of dollars on hosting its showcase tournament kicked off one of the most troubled World Cups ever. It started Thursday with the home team in an opening match in a stadium that was barely ready on time.

After a funky opening ceremony featuring J-Lo in low-cut sparkling green and dancers dressed as trees, Brazil's beloved national team, the star-studded Seleção, embarked on the extremely serious business of conquering a sixth world title that could assuage much - but not all - the public anger about World Cup spending of $11.5 billion in a nation with tens of millions of poor.

Brazil's first opponent was Croatia. The all-new Itaquerao stadium, which suffered chronic delays and worker deaths in its construction, was a sea of buttercup yellow, the color of the national team. Brazilian fans were crossing fingers and toes that this crop of stars will deliver not just victory but football as art, the "Jogo bonito" - the beautiful game - that was the hallmark of great Brazilian teams of the past.

This year's Brazil squad is the odds-on favorite to win the World Cup. Five of six CBSSports.com experts are picking the host nation to be crowned champion at Maracana Stadium in Rio. Researchers at Goldman Sachs have given Brazil - buoyed by home-field advantage -- a 48.5 percent chance of winning the tournament.

Even the football-loving Pope Francis got a touch of World Cup fever. He sent a video message on Brazilian television before the match, saying that the world's most popular sport can promote peace and solidarity by teaching the importance of working hard to reach goals, fair play and teamwork, and respect and honor for opponents.

But the party wasn't all fun-loving samba. In Sao Paulo, police fired canisters of tear gas and stun grenades to push back more than 300 demonstrators who gathered along a main highway leading to the stadium.

"I'm totally against the Cup," said protester and university student Tameres Mota. "We're in a country where the money doesn't go to the community, and meanwhile we see all these millions spent on stadiums."

Some protesters in Sao Paulo tried to block traffic, but police repeatedly pushed them back, firing canisters of tear gas and using stun grenades. The flow of traffic to the arena was not blocked.

Later, a group of fewer than 100 protesters gathered near a subway stop about 8 miles west of the stadium. No protests reported near the arena itself.

A few protesters suffered injuries after being hit by rubber bullets, while others were seen choking after inhaling tear gas. An Associated Press photographer was injured in the leg after a stun grenade exploded near him. CNN reported on its website that two of its journalists were also injured.

"I'm totally against the Cup," said protester Tameres Mota, a university student at the Sao Paulo demonstration. "We're in a country where the money doesn't go to the community, and meanwhile we see all these millions spent on stadiums."

In the crowd were anarchist adherents to the "Black Bloc" tactic of protest, a violent form of demonstration and vandalism that emerged in the 1980s in West Germany and helped shut down the 1999 World Trade Summit in Seattle.

Such Black Bloc protesters have frequently squared off against police in several Brazilian cities in the past year, as a drumbeat of anti-government demonstrations have continued since a massive wave of protests hit Brazil last year.

Meanwhile, about 300 protesters gathered in central Rio de Janeiro in another demonstration against the World Cup. Police started using tear gas and took a few protesters there into custody, as marchers took to streets to denounce lavish public spending on a sports tournament in a nation with profound social needs.

But that protest also mostly dissipated a few hours before the match.

The demonstrations in recent months have paled in comparison those last year, when a million people took to the streets on a single night airing laments including the sorry state of Brazil's public services despite the heavy tax burden its citizens endure. Those protests were largely spontaneous and no single group organized them.

That's now changed, said David Fleischer, a political scientist at the University of Brasilia. He said the recent protests have shrunk, because they are "very specific in their aims, so they are quite easy for the police to control."

Because the recent protests have been organized by established groups, there are leaders with whom the government can negotiate. Fleischer noted that federal officials recently convinced a large activist group of homeless workers to not demonstrate during Cup.

But there will remain remnants of protests because people who adhere to the Black Bloc movement and other "anonymous groups are difficult to negotiate with because they have no leaders to dialogue with," Fleischer said.