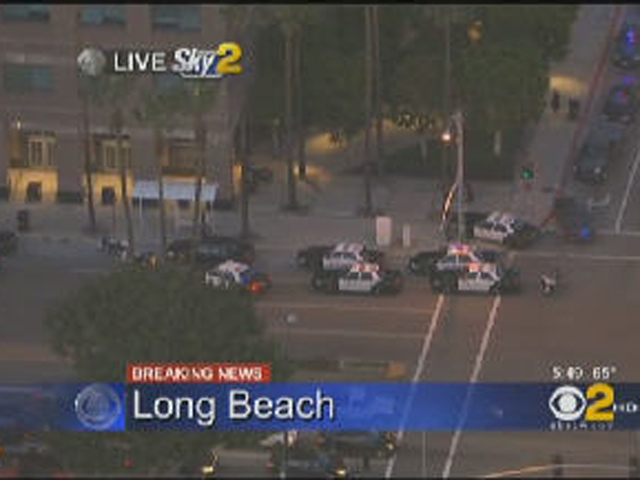 (CBS) - On Thursday afternoon, a federal agent employed at the Long Beach Immigration and Customs Enforcement office shot his supervisor before being shot and killed by another agent.

The scene called to mind scores of notorious incidents of workplace violence - from the rash of post office shootings in the 1980s and 90s, to last month's triple homicide by an employee of a North Carolina lumber company.

But according to the Department of Labor, workplace homicides have fallen by 50 percent since 1994.

"It's a pretty dramatic drop," says Barry Nixon, executive director of the National Institute for the Prevention of Workplace Violence. "If you had asked me a couple years ago how I thought the economy would impact workplace violence, I would have said we're likely to see a spike."

In fact, the opposite has occurred. The Bureau of Labor Statistics reports that in 2010 there were 506 homicides in the workplace, down seven percent from 2009. Of those, about 80 percent were shootings. There is one dark spot in the data, however: in 2010, the number of workplace homicides involving women jumped 13 percent.

CBS Los Angeles reports that officials say Thursday's Long Beach incident began when an ICE supervisor called in an agent to discuss disciplinary action. The agent reportedly responded by shooting the supervisor, who is said to be in stable condition at a nearby hospital.

This scenario, says Nixon, mirrors many other workplace homicide incidents.

"In the vast majority of these situations, [the perpetrator] is reacting to a perceived injustice in the way they're being treated at work," he says.

Nixon says that those who study workplace violence have several theories that might explain the drop in incidents of homicide. First, workplace violence trends tend to follow broader crime trends, and crime in the U.S. has been falling since the early 1990s. Second, Nixon credits better training and more awareness by employers and employees.

According to a January 2011 FBI bulletin on the subject, "workplace violence does not happen at random or 'out of the blue.' Rather, perpetrators usually display some behaviors of concern."