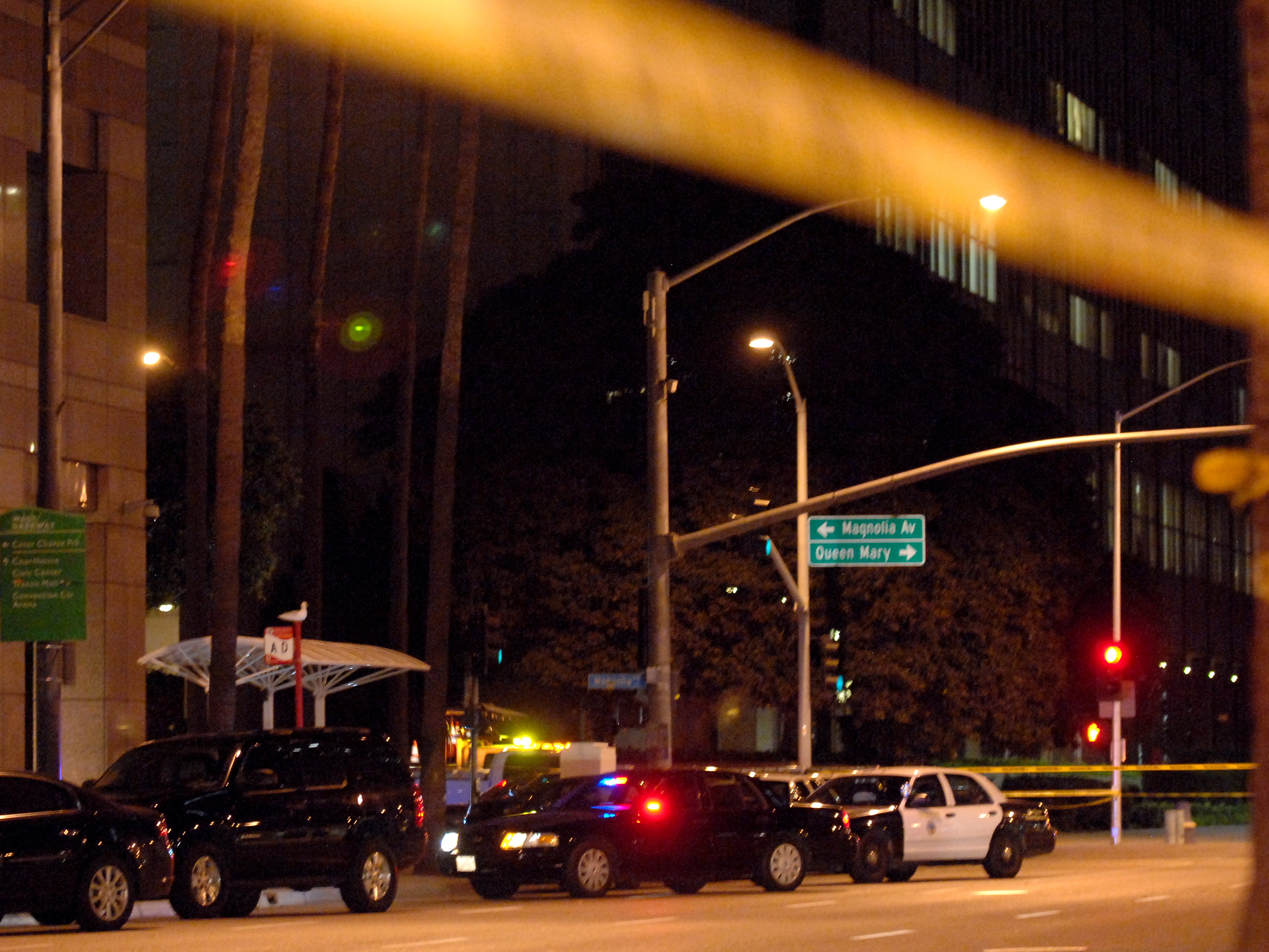 (CBS/AP) LONG BEACH, Calif. - Officials say a federal immigration agent shot and wounded a supervisor at his office in a dispute, before a third agent opened fire, killing the gunman.

"Another agent, working nearby, intervened and fired his weapon to prevent additional rounds being fired at the victim," he said.

The gunman died at the scene and the wounded man was taken to a hospital, where he was in stable condition.

Authorities released no details about what led to the initial shooting other than to say it was a case of workplace violence involving two federal agents.

CBS Los Angeles reports that officials say the incident began when an ICE supervisor called in an agent to discuss disciplinary action. The agent responded by shooting his superior.

The names of the dead gunman, the victim and the agent who fired the final rounds were not released.

The shooting happened on the seventh floor of the Glenn M. Anderson Federal Building in downtown Long Beach that houses ICE, the Internal Revenue Service and the U.S. Probation and Parole Office.

St. Mary's Medical Center Trauma Director James Murray told CBS Los Angeles that the injured agent sustained wounds to multiple parts of his body, but did not further specify. He said the victim's vital signs were "good for now," and that he had ongoing bleeding but that it wasn't a cause for concern.

"At times like this words honestly seem inadequate. When something like this happens in our offices, it's incomprehensible," Arnold said.

Along with the FBI, the shooting is being investigated by ICE's Office of Professional Responsibility and Long Beach police.