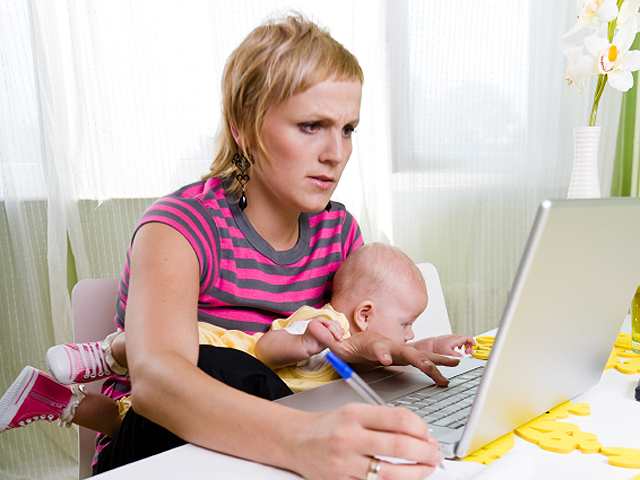 Working mothers sometimes feel guilty for going to work instead of staying at home with their children.

New research might assuage their fears. A study from the Academy of Social Sciences in the U.K. shows that kids' literacy, math skills and behavior is not affected whether or not their mother works or stays home during the first years of their lives.

"The research evidence reflects many changes over the last 40 years," Heather Joshi, professor of economic and developmental demography at the University of London's Institute of Education, said during a meeting of policy-makers and academics organized by the Campaign for Social Science. "There has traditionally been a concern that the employment of mothers comes at the expense of child development. But as the percentage of mothers in work has gone up, any impact on children has diminished."

The academy's Campaign for Social Science published the booklet in its "Making the Case for the Social Sciences" series, which includes summaries of research that can benefit society. This study is included in the eighth book in the series. The book's launch was sponsored by SAGE publications.

Earlier British studies showed that children born between the 1970s and early 1990s may have a slight but statistically-significant lower literacy scores if their mothers had a job outside of the home. That disadvantage seems to have disappeared for younger generations, the authors noted.

The researchers looked at six sets of longitudinal studies that followed about 40,000 children over the last four decades.

One of the studies included data from the Millennium Cohort Study of children born in 2000 or 2001. Looking at that participant pool, there was no difference in cognitive ability or behavior by the age of five in children whose mothers stayed home or worked during the first year of life.

Another 2004 study, in which researchers visited children of subjects' who participated in a 1970s research pool, showed those kids also had no significant differences in their literacy, math or behavior skills whether or not their mother was at home during their first year.

Though there was no evidence either way that having a mother work was good or bad for the child, Joshi cautions parents that this doesn't mean that there aren't any effects.

Still, others said the research shows that if mothers are given the resources to work and have someone take care of the family, it can work out.

"This research suggests changes in maternity leave and greater availability of childcare and the consequent increase in maternal employment have played a big role in enabling parents to balance work and family," Fiona Weir, chief executive of the single-parent charity Gingerbread, told Reuters.

Weir, who was not involved in the study, pointed out that working mothers still face many struggles.

"A lack of family-friendly jobs and the shortage of affordable childcare are still making it difficult for single parents, in particular, to balance work and family ... with one in five single parents who work full-time and one in four working part-time bringing their children up in poverty," she pointed out.