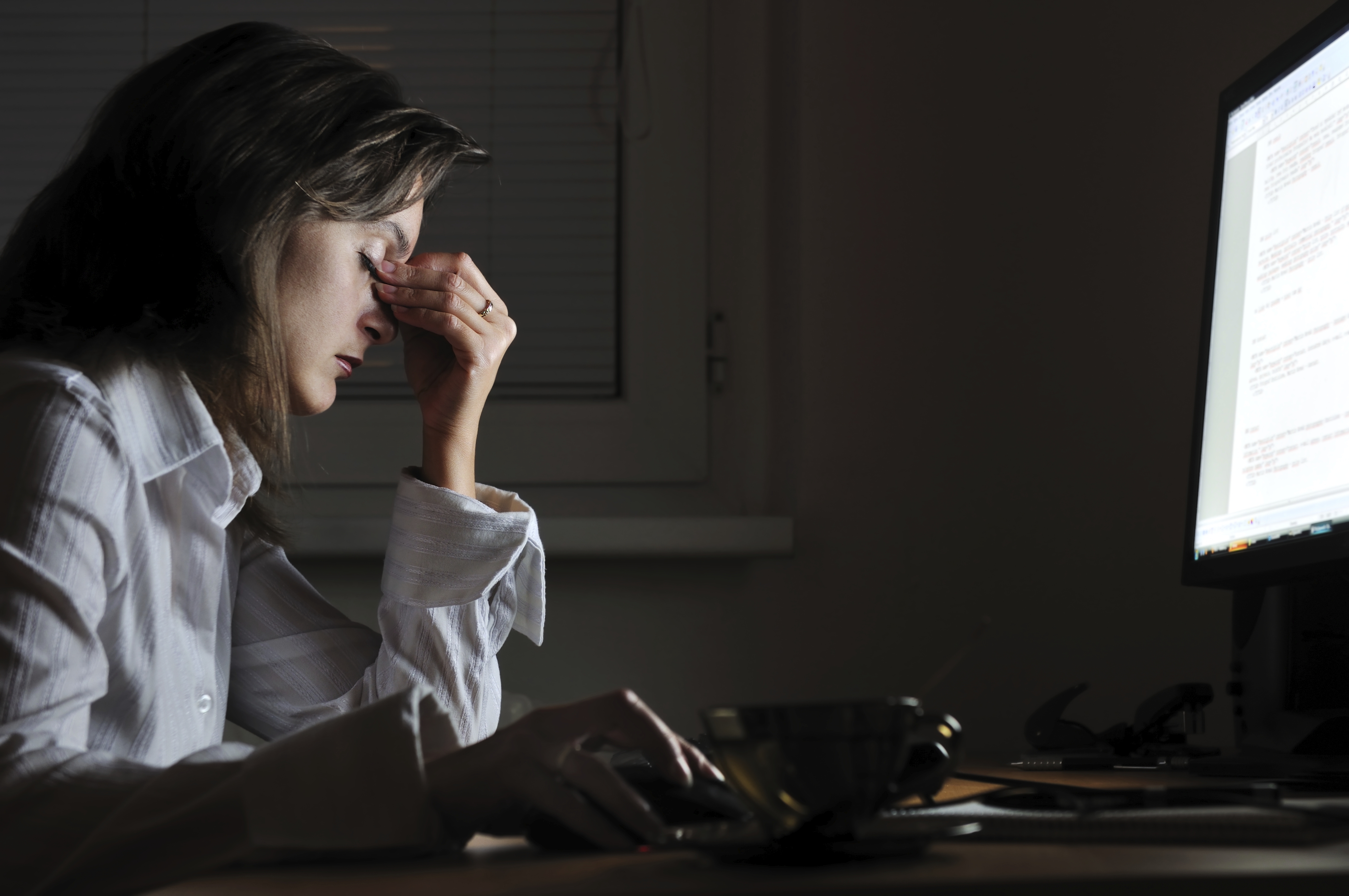 Putting in extended days at the office may do more than just stress you out and cramp your social life. New research shows working long hours could pose a serious risk to your heart.

Specifically, researchers found that working 55 hours or more per week is associated with a 33 percent higher risk of stroke and a 13 percent greater risk of developing coronary heart disease when compared to people who work 35 to 40 hours a week. The findings were published Wednesday in The Lancet.

"This was really the first big study that looked at working long hours and whether it increases your risk of stroke," CBS News medical contributor Dr. Tara Narula said on "CBS This Morning."

In the largest study in the field so far, Mika Kivimäki, professor of epidemiology at University College London, and colleagues did a systematic review of published studies and unpublished individual-level data examining the relationship between longer working hours and the effect on the heart. The studies included data on over 600,000 people from the United States, Europe and Australia.

"Long working hours are common and may affect [the] vascular system, but the evidence is limited," Kivimäki told CBS News in an email. "We wanted to address this gap in knowledge. The five previous published studies on long working hours and coronary heart disease comprised 15,000 participants. With data from over 600,000 men and women, our study is 40 times larger."

The researchers also found that the longer people worked, the higher their chances of stroke. Compared to people who worked a standard 35 to 40 hour work week, those who worked between 41 to 48 hours had a 10 percent higher risk of stroke. That number jumped to 27 percent for those working 49 to 54 hours. The study authors took other risk factors into account, including age, sex and socioeconomic status.

While the study merely shows an association, not a cause and effect relationship, experts say that working long hours can contribute to unhealthy behaviors that increase a person's risk for heart disease.

"When people spend more than 50 hours a week sitting down on a chair, obviously there's more physical inactivity," said Dr. Rafael Alexander Ortiz, Director of Interventional Neuroradiology and Stroke at Lenox Hill Hospital in New York City. "At the same time, people that have more stress because of longer working hours, there's a correlation with increased alcohol consumption and potentially increased incidence of cigarette smoking." Ortiz was not involved in the study.

Repeated triggering of the stress response could also increase the risk of stroke, the study authors said.

"One of the factors is job stress," Narula agreed. "Maybe you feel depressed and anxious because you are at work and not at home with your family. Maybe you're ignoring your symptoms because you feel pressed to get your work done and you're not going to see the doctor. All of that plays into it, in addition to the stress of the job itself, which increases adrenaline and cortisol, these hormones that raise blood pressure and destabilize plaques."

So what's a workaholic to do?

Kivimäki said doctors and patients should be aware of the association, and until more research is available on what mechanisms might be involved, continue to follow established means of prevention. These include "keeping blood pressure, lipid levels and blood glucose within the normal range, adequate physical activity, eating and drinking healthfully, avoiding overweight, and avoiding excessive stress," he said. "Management of vascular risk factors is particularly important for individuals who work long hours."

"It is important for people to recognize that there is a risk of developing other conditions because of the stressful environment at work," he said. "So meditation, exercises that do help with clearing the mind. Maybe go for a walk on your lunch break."

He also called for more research to better understand the connection. "We definitely need a more comprehensive, randomized trial looking head to head at the side effects of working less hours versus working more hours," he said.