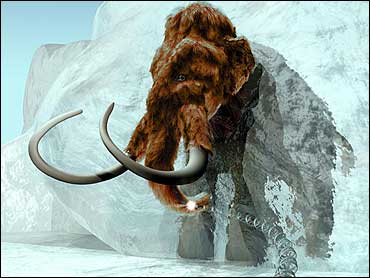 The woolly mammoth may surprisingly have regularly interbred with a completely different and much larger elephant species, researchers now find.

Woolly mammoths (Mammuthus primigenius) roamed the planet for more than a million years, ranging from Europe to Asia to North America. Nearly all of these giants vanished from Siberia by about 10,000 years ago, although dwarf mammoths survived on Wrangel Island in the Arctic Ocean until 3,700 years ago.

Although woolly mammoths lived in the cold of the tundra, the Columbian mammoth (Mammuthus columbi) preferred the more temperate regions of southern and central North America. The Columbians were much larger than woollies, with Columbian males reaching one-and-a-half to two times that of woolly males.

"We are talking about two very physically different species here," said researcher Hendrik Poinar, an evolutionary geneticist at McMaster University in Hamilton, Canada. "You have roughly 1 million years of separation between the two, with the Columbian mammoth likely derived from an early migration into North America approximately 1.5 million years ago, and their woolly counterparts emigrating to North America some 400,000 years ago."

Poinar and his colleagues investigated the evolution of Columbian mammoths by analyzing DNA retrieved from the tusks, bone and teeth of two approximately 11,000-year-old fossil specimens, one found in the Huntington Reservoir in Utah and the other found near Rawlins, Wyo. The researchers concentrated on the genomes of the mitochondria, the "powerhouses" of the cells, which have their own unique DNA and are inherited from the mother.

Surprisingly, they discovered the mitochondrial genome of the Columbian mammoth was nearly indiscernible from that of its northern woolly counterparts.

"At first I thought, 'Oh crap, there's contamination of some sort,'" Poinar said.

However, any minor contamination they found could not explain the extensive genetic evidence they uncovered, and they replicated their results in an independent lab. "I think we were very lucky," Poinar told LiveScience.

"We think we may be looking at a genetic hybrid," said researcher Jacob Enk, a graduate student in the McMaster Ancient DNA Center.

When glacial times got nasty, woollies likely moved to more pleasant conditions southward, where they came into contact with the Columbian mammoths.

Since woollies and Columbians overlapped in time and space, it is not unlikely that they interbred in much the same manner.

"It reminds me a bit of high-school days -- the larger males are more successful at meeting women across the dance floor than the rest of us," Poinar said.

These findings could explain why some mammoth fossils had features intermediate between woollies and Columbians, although the genomes of both species should be sequenced to tell for sure. The researchers also want to look at Columbian mammoth specimens from farther south where no woollies ever ventured, to get an idea of what nonhybrid samples might look like.

The scientists detailed their findings online May 31 in the journal Genome Biology.