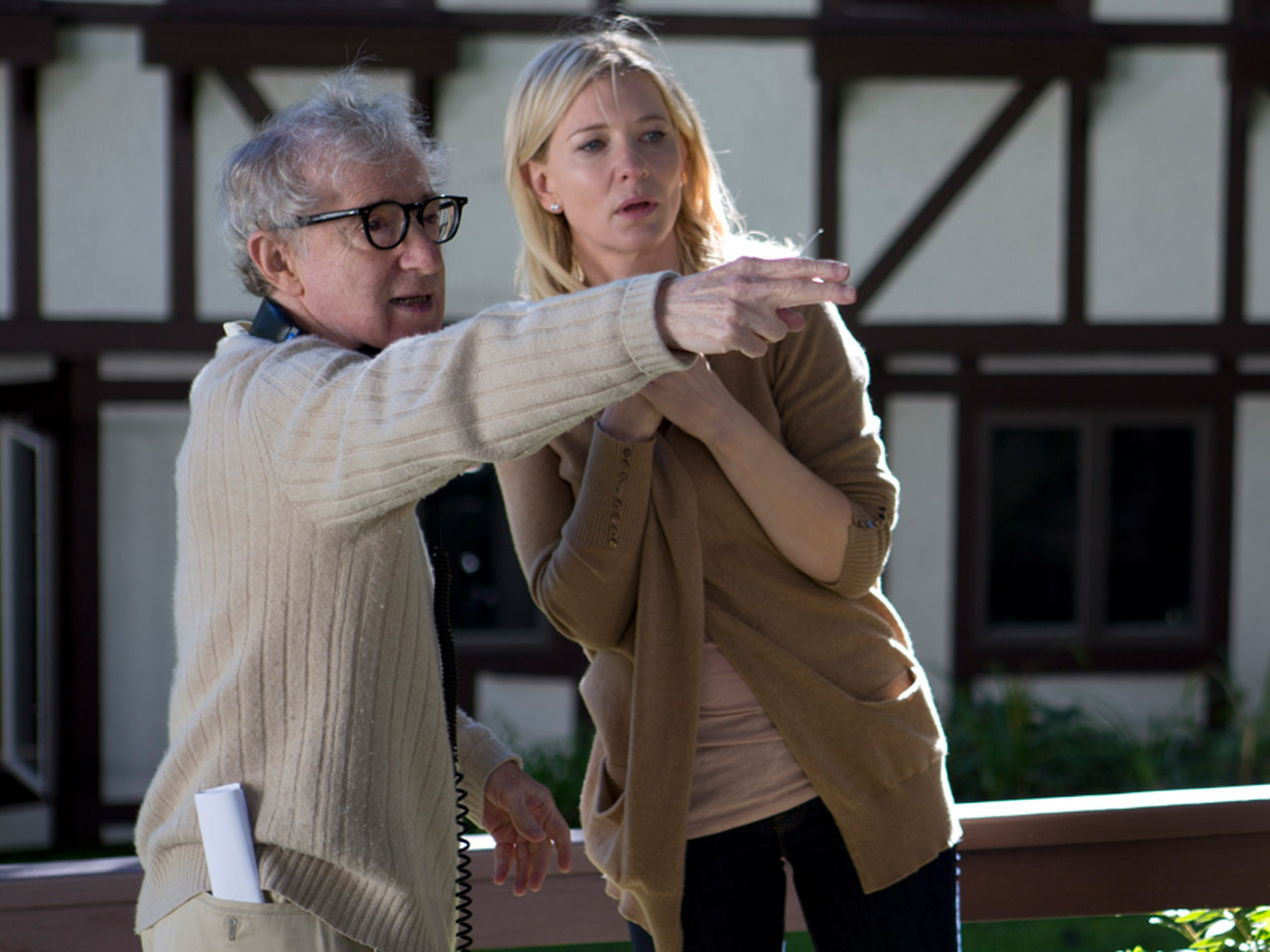 With more than 100 screenwriting and directing credits under his belt over a career that's spanned at least six decades, Woody Allen is still keeping busy behind the camera.

His latest film "Blue Jasmine" -- now out in theaters -- has been met with glowing praise from critics and audiences.

In its second week of release, "Blue Jasmine" has taken in more than $3 million at the box office on 50 screens. In its opening weekend, the film raked in roughly $600,000 on just six screens, scoring the highest per screen average this year and the best per screen average for any Allen film ever. While it's still early, there's also been Oscar buzz, especially for the film's star, Cate Blanchett.

Some of the issues in "Blue Jasmine" -- about a self-absorbed woman who can't come to terms with the reality surrounding her -- are reminiscent of themes Allen has been tackling in much of his work throughout his lengthy career. Similar female characters in "Manhattan," "Hannah and Her Sisters" and "Crimes and Misdemeanors" come to mind. (Check out our photo gallery on Allen's filmography at left.)

The 77-year-old filmmaker and actor (up until several years ago, he had cast himself as a lead in most of his works) has also often explored vanity, neurosis and life's inequities -- mostly in a comedic fashion like with "Manhattan" but at other times through a much darker lens, as with "Misdemeanors" and 2005's "Match Point."

Allen got his start working as a scribe on TV comedy shows in the 1950s, writing jokes for the likes of Sid Ceasar before moving on to features like 1965's "What's New Pussycat." He followed that up with a string of comedies throughout the 1960s and 1970s, including his landmark classic "Annie Hall," the only one of his films to win the best picture Oscar. His films have gotten darker over the years, but the praise kept coming.

Allen's observations on human behavior have made him a legend in the industry.

The native New Yorker has received 23 Academy Award nominations, nabbing four Oscars over the years, while in the process achieving the record for most nominations out of any other writer in the best original screenplay category.

Established Hollywood actors -- including A-list Oscar winners -- will often take next-to-nothing salaries just to be able to get a chance to work with Allen. Blanchett even accepted her lead role in "Blue Jasmine" without seeing the script first.

But for all the widespread accolades, Allen hasn't always had much success in one area Hollywood bigwigs tend to care about the most -- the box office.

"Midnight in Paris," for instance, is the only one of his 40-plus films to break the $50 million mark in ticket sales, not adjusting for inflation.

With a working schedule contemporaries half his age couldn't keep up with, Allen has released at least one film every year since 1982, so there's bound to be some duds in the mix. Still, according to Box Office Mojo, the average Woody Allen film grosses just $13 million at the box office ($30 million adjusting for inflation):

A full list of Allen's box office totals can be found here.