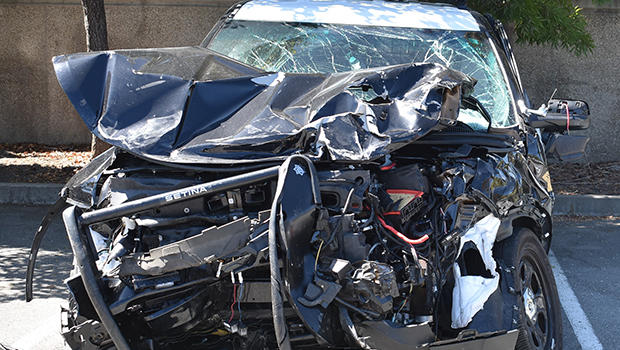 Hollister police first tried to pull the women over when they fled. Police Sgt. Mike Patty was one of the pursuers until his patrol car crashed into a civilian car in Hollister.

Hollister police Chief David Westrick tells KSBW-TV the vehicles were badly mangled and it was a scary scene. Patty was in serious condition and the woman driving the other car was treated at a hospital.

The women are suspected of stealing thousands of dollars from a store in Hollister before they fled.

It's not clear whether they have attorneys who can comment.