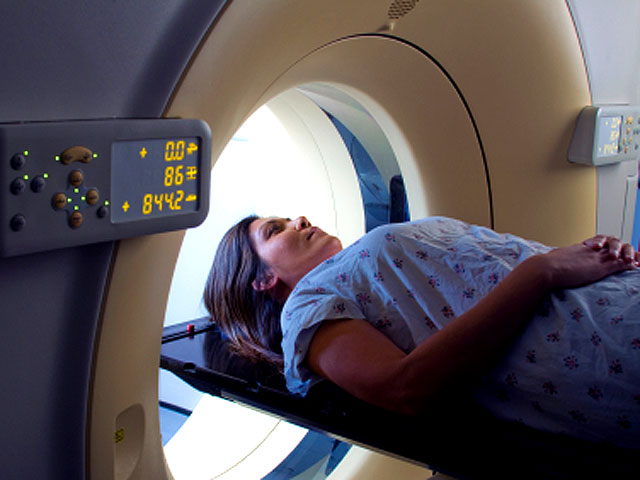 (CBS) A British woman reportedly made a shocking discovery following a nasty coughing fit. When she brought the odd-looking tissue that came out of her mouth to a doctor, the doctor told her she had hacked up a cancerous tumor.

PICTURES: 10 ways to tumor-proof your breasts

Claire Osborn, 37, felt a tickle in her throat moments before the mass - which she described as looking "like a strip of liver" - came out, reports The Daily Mail. Once a doctor performed a biopsy on the mass, it was revealed the woman had a metastatic adenocarcinoma in the back of her throat.

Osborn was given only a 50 percent chance of survival after being diagnosed with the aggressive cancer that grew in the back of her throat, saying the cancer had likely spread to other parts of her body. Follow-up scans, however, failed to detect any tumors. Doctors removed some cancerous cells from Osborn's tongue and her doctor gave her a clean bill of health.

"I was totally flabbergasted," Osborn told The Daily Mail. "If I hadn't coughed it up, the tumor would have grown and almost certainly spread to my other organs."

The woman's head and neck surgeon, Dr. Gary Walton, a doctor at the University Hospital Coventry in the U.K., told the Mail that he suspected the cancer had spread but the body scans showed she was clear of cancer.

"We suspect the tumor grew on a stalk at the back of her mouth which is very difficult to detect," Walton said. "Somehow she dislodged this and the stalk snapped and she coughed up the tumor."

"It is very uncommon to cough up cancer, but she did it," he said.

"It's very rare that these types of tumors don't require other treatments beyond surgery," Kim, who was not involved in the woman's care, told ABC News. He said metastatic adenocarcinomas often need to be treated with radiation and chemotherapy.

According to the National Cancer Institute, tobacco and alcohol use, and HPV are risk factors for head and neck cancers. Typical symptoms include a lump or sore in the mouth or throat that doesn't heal, difficulty swallowing, a sore throat that doesn't go away, or hoarseness in the voice.

More than 52,000 men and women in the U.S. are expected to be diagnosed with head and neck cancers this year.