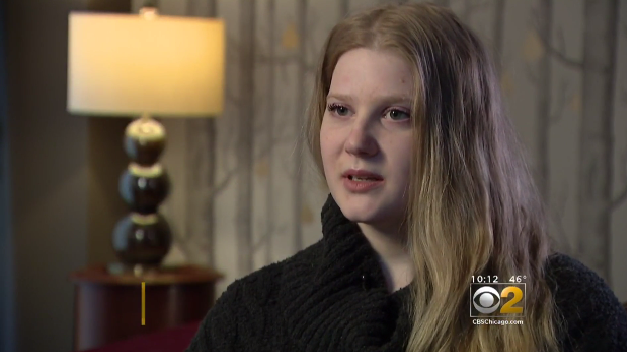 CHICAGO --  A woman who was crushed by a shelter at O'Hare International Airport during a storm is now suing the City of Chicago.

Tierney Darden spoke with CBS Chicago about how her life has changed since the 750-pound shelter fell on her in August 2015, severing her spinal chord.

"There was a sharp crack and a numbness that just went over my body," Darden explained. "Everyday it hits home. It could have been avoided."

The crash ultimately left her paralyzed. Her passion for dancing and dreams of becoming a dance instructor also fell victim to the injury.

"That was everything to me," she continued. "That was who I was. It's mind blowing how painful it is. I hate that I have to wake up every day and see it."

The shelter that fell on Darden was missing bolts, including the majority of its ground mounts.

Days after the tragedy, investigators found two additional faulty shelters that had missing bolts, bolts sticking out and corroded parts everywhere. In fact, one shelter was missing 22 bolts and eight screws, which were supposed to connect the shelter to the ground.

It was the city's job to maintain and repair the shelters as needed.

Darden filed a lawsuit against the city and the Department of Aviation. The city has since admitted that it committed wrongful conduct resulting in the shelter collapsing on Darden.

Her lawyers say the lawsuit will go to court on August 10. Since the city has admitted it was negligent, all that is left is determining how much money Darden should receive, according to the court document.