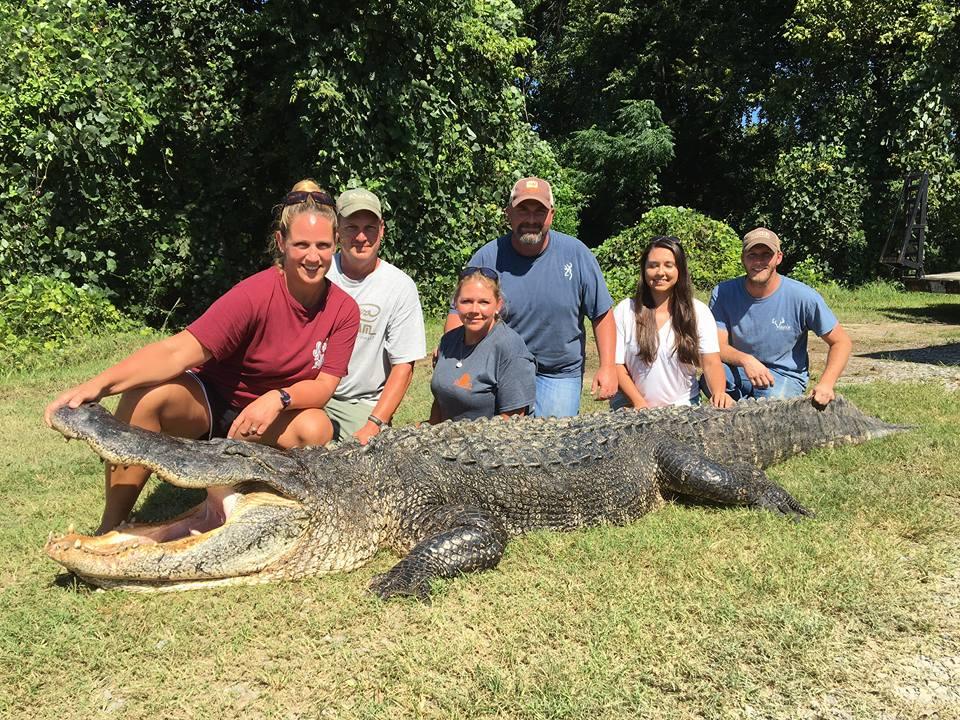 Tiffany Wienke tells The Clarion-Ledger that she and her party of six hunters could tell from the gator’s head that they had spotted a big one Saturday night in Claiborne County, near Port Gibson.

“There were a ton of people and we tried to get away from them,” she told The Clarion-Ledger. “We were just trolling through the water scanning bank to bank.”

Wienke says the gator managed to break both lines after a long struggle, but the hunters were able to hook the reptile again after it surfaced about 20 minutes later.

In total, it took the hunters nearly two hours to secure the gator, kill it and lift it into their boat.