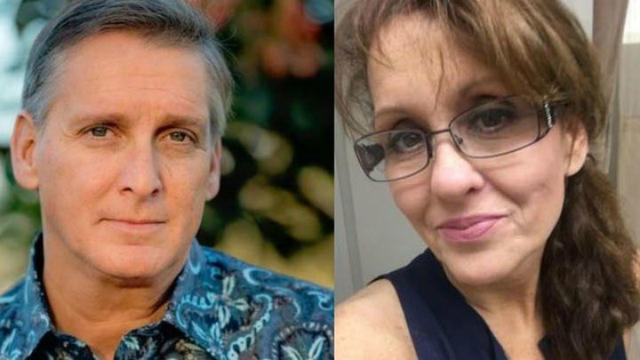 HENDERSON, Nev. -- Police say a California woman who authorities believe was kidnapped by her ex-boyfriend has been found at a Las Vegas-area casino-hotel near the Arizona border.

Henderson Officer Rod Pena says security at the Railroad Pass Hotel and Casino reported that Virginia Paris approached guards late Monday and told them she had been abducted.

The 55-year-old woman has been taken to the hospital, but it's unclear if she is injured.

The suspect, 52-year-old Joseph Hetzel, is still at large.

Investigators believe Hetzel kidnapped Paris in Solvang, California, on Friday and drove away in her black Chrysler sedan.

They were seen Sunday near Phoenix, where Paris approached a customer at a coffee shop, saying she was in danger and needed help. Investigators say Hetzel saw the exchange, grabbed Paris and dragged her away.

Hetzel has served time in prison for possession of items used to make explosive devices with the intent to terrorize, felony vandalism, and criminal threats, reports CBS affiliate KLAS. He has also served time for crimes related to a domestic incident, deputies told the station.

Hetzel is believed to have access to firearms and should be considered armed and dangerous, the station reports.