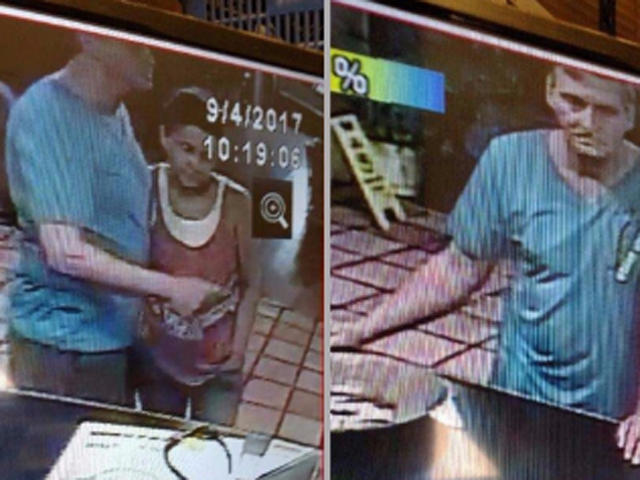 LOS ANGELES -- A man considered armed and dangerous kidnapped his former girlfriend in California and was spotted in Arizona twice in as many days as he held her against her will, authorities said.

Investigators believe Joseph Hetzel, 52, kidnapped Virginia Paris, 55, in Solvang on Friday and drove away in her black Chrysler sedan.

They were later spotted in Arizona and may be headed to Las Vegas, Santa Barbara County sheriff's officials said.

Investigators say they are "deeply concerned' about the safety of Paris.

Paris had obtained a restraining order against Hetzel after a domestic incident, sheriff's investigators said, but it had yet to be served, according to CBS Phoenix affiliate KPHO-TV.

On Monday morning, the pair was seen leaving a hotel near the Grand Canyon after spending the night there, KPHO reported.

They were spotted Sunday at a Starbucks in the Phoenix suburb of Goodyear, where Paris approached a customer and said she needed help.

Hetzel saw the exchange, grabbed Paris, dragged out her out of the shop and kicked her into a car before driving off, investigators said.

Deputies said she then threw the car registration out of the door and Goodyear police officers recovered it, KPHO reports.

The station says deputies tell it Hetzel has done prison time for possession of items used to make explosive devices, using explosive devices with the intent to terrorize, felony vandalism and criminal threats.

The FBI is assisting with the investigation.