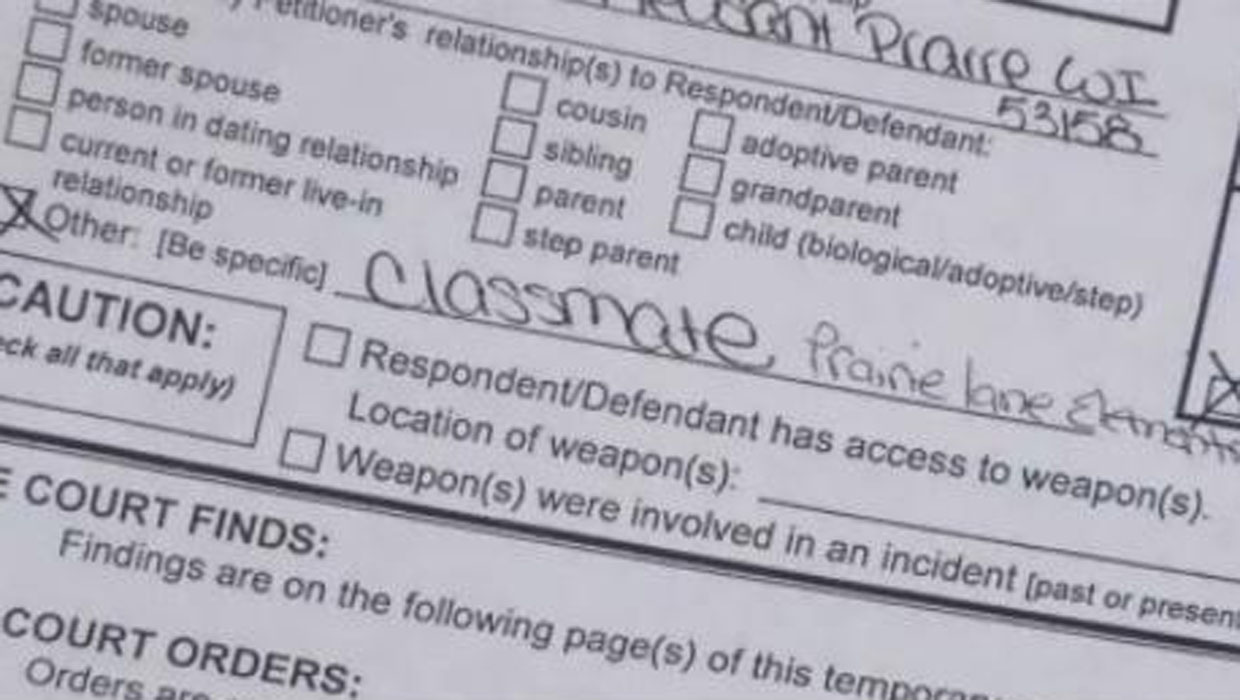 PLEASANT PRAIRIE, Wis. - A Wisconsin judge has dismissed a restraining order filed by the parents of a 6-year-old girl against her alleged kindergarten bully, reports CBS affiliate WDJT.

On Tuesday, the Kenosha County judge threw out the restraining order when the little girl's mother failed to appear in court. According to WDJT, the mother was overwhelmed by the media attention the case has attracted.

Last week, Brian Metzger, the girl's father, defended the family's controversial move. He said his daughter wasn't just being picked on, but she was being threatened by the 5-year-old at Prairie Lane Elementary School in Kenosha County, Wis.

"It started with, 'I want to slit your throat and watch it bleed,'" Metzger told WDJT, relaying a threat that his daughter allegedly received from the boy. "To getting her pushed around on the playground, getting rocks thrown at her."

Metzger said the restraining order caused officials at the school to remove the boy from his daughter's classroom.

The judge who dismissed the order said Tuesday that he did not know how to enforce a restraining order on such a young child, and that he did not want to entertain the notion of putting a 5-year-old behind bars, the station reports. He said discipline in this matter falls on the school district.

Metzger said he is disappointed but understands the judge's decision, and he will consider other options with his lawyer.

The boy's family refused a request to speak with WDJT. His mother was at the hearing but did not speak with reporters. A family friend told the station that the family does not wish to speak with the media.