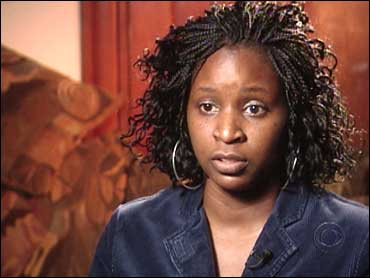 Nikki Wilson wishes that "doing the math" meant nothing more troubling than helping her son with his homework.

But still behind on last year's heating bill, CBS News correspondent Jim Axelrod reports she's looking at a 30 percent hike in her natural gas prices this year, and has no idea how to make the numbers work.

"They're getting ready to shut off my gas," Wilson says. "Right now, I can't even get any gifts for Christmas. My son maybe has like one gift, because I know, uh, that I have to pay the bills and make sure I have a roof over my head."

It's not like we didn't know this was coming. The damage to oil and natural gas pipelines done by Hurricanes Katrina and Rita has reduced supplies from the gulf by a third to a half. Natural gas prices alone could spike as much as 50 percent. Even people like Nikki, who makes $42,000 a year, suddenly find themselves strapped.

"I have to borrow from family members just to make ends meet," she says.

With the price of home heating oil now, this is no longer a matter of putting another blanket on the bed or lowering the thermostat a few more degrees. It's in our heads in a way it hasn't been before and it's dictating — or should be dictating — a lot of basic decisions about the way we live.

"A well designed house is going to cost half as much to heat as a poorly designed house," said developer Paddy Steinschneider. "And with today's heating costs, that's a lot of money."

By well designed, he means double paned windows with a thin layer of gas that keep heat in and cold out, or allowing for more insulation.

But those are new homes yet to be built. In the ones people already live in, the first winter fuel bills have now arrived.

"I'm really hoping that it won't be that cold," Wilson says. "But I know that's just not the case."

They're already down to hope. And winter hasn't even started yet.