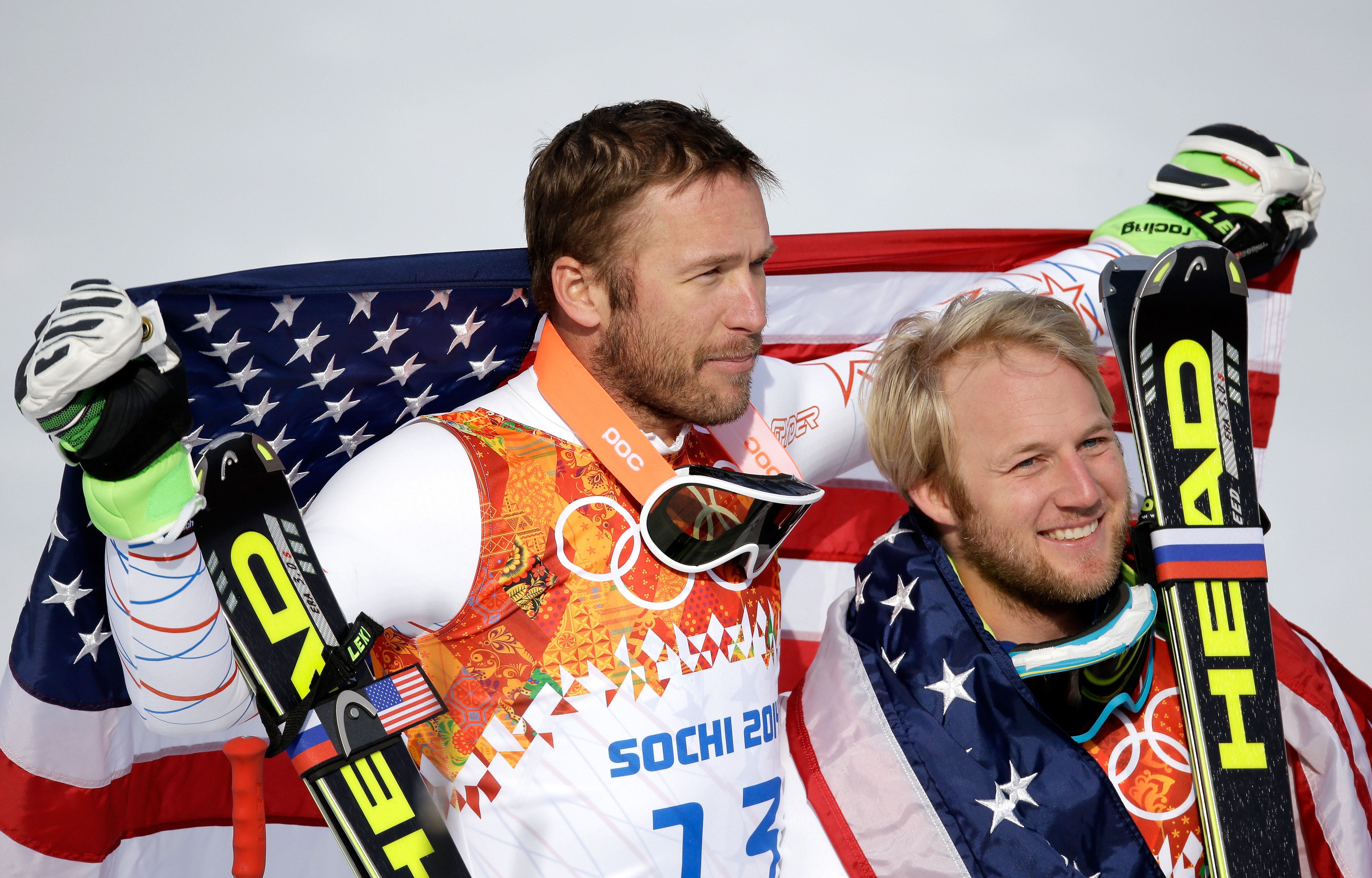 Not so much because, at 36, his bronze in Sunday's super-G - behind winner Kjetil Jansrud and surprise runner-up Andrew Weibrecht - makes Miller the oldest Alpine medalist in Olympic history. Or even because he now owns six medals in all, the second-highest total for a male ski racer and tied for second among U.S. Winter Olympians in any sport.

The guy who for years and years insisted results don't mean much to him declared he actually did care about this one. The last year has been a difficult one for Miller: the death of his younger brother, Chelone, in April 2013; the court fight over custody of his infant son; the work it took to come back from left knee surgery and return to the Alpine apex.

"It's almost therapeutic for me to be in these situations, where I really had to test myself, so I was happy to have it be on the right side of the hundredths," said Miller, who grew up in New Hampshire and is now based in California. "Some days ... medals don't matter, and today was one of the ones where it does."

He wiped away tears in the finish area after someone mentioned Chelone, a charismatic snowboarder who was 29 and hoping to make the U.S. team in Sochi when he died of what was believed to be a seizure.

"Everything felt pretty raw and pretty connected," Miller said, "so it was a lot for me."

Miller later took to Twitter to honor his brother:

Weibrecht couldn't help but be moved by his own journey, calling Sunday "probably the most emotional day of ski racing that I've ever had.

It also was an important day for the U.S. ski team. The Americans had managed to collect only one of the 15 medals awarded through the first five Alpine events of the Sochi Olympics before Weibrecht and Miller tripled their nation's total in one fell swoop.

Through 28 starters Sunday, Miller and Jan Hudec of Canada were tied for second place, about a half-second slower than Jansrud's run of 1 minute, 18.14 seconds. But then came the 29th racer, Weibrecht, who had come out of nowhere to win the super-G bronze behind Miller's silver at the 2010 Olympics but since then has dealt with injury after injury, including to both shoulders and both ankles.

He's had four operations in the last four years, lost funding from the U.S. ski team at one point, and was not a lock to make the Sochi Olympic roster.

"I've had to evaluate whether this is really what I want to do. Even," Weibrecht said, then paused before adding, "as recently as yesterday."

He laughed at his own punch line.

"All kidding aside," Weibrecht said later, rubbing his left temple, "it's been a pretty difficult four years. It's kind of one of those things that you can only be beat down so many times before you start to really look at what you're doing. I didn't know how many more beatdowns I could take."

Charging with abandon - his nickname is "War Horse" - Weibrecht dominated the top of the course, then held on to nudge into second, 0.30 seconds behind Jansrud and 0.23 ahead of both Miller and Hudec, whose bronze is Canada's first Alpine medal in 20 years.

That Weibrecht pulled it off did not shock U.S. coaches or teammate Ted Ligety, the super-G world champion who was 14th. Weibrecht credited a recent day of giant slalom practice in Austria alongside Ligety with helping him carry speed.

Being quick has never been a problem for the 5-foot-6 Weibrecht, who's 28. Mid-race errors usually set him back.

Just last week, Ligety called Weibrecht "the fastest skier in the world for 20 seconds in every single event."

How stunning was this silver? In 95 World Cup races, Weibrecht never finished better than 10th. Yet he owns two Olympic medals.

"Hits the bull's-eye once every four years," is how Italy's Peter Fill put it.

Weibrecht's 2010 bronze hangs in the lobby of his parents' hotel in Lake Placid, host of the 1932 and 1980 Winter Games. In the wee hours of Sunday - there's a 9-hour time difference between New York and Sochi - Weibrecht's parents followed along at home.

"He had some really bad experiences," Weibrecht's father, Ed, said in a telephone interview. "It's been a struggle for him to come back, but he never wavered from that goal."

Understanding where Miller's goals lie can be tricky.

He'll talk about the purity of skiing. He'll say tangible rewards aren't significant, that "skiing 80 percent would get me more medals, but it just doesn't feel right."

Here, though, he was bothered by finishing eighth in the downhill, sixth in the super-combined. In the super-G, one error coming out of the final jump cost Miller what he estimated to be about a half-second. Still, he appreciated the accomplishment.

"After the year we've had, and the fact we just keep pushing through it," said Miller's wife, Morgan, "it just shows how resilient Bode is."

Even if clearly in a reflective mood, Miller couldn't completely turn off his wry side when asked about trailing only the Alpine-record eight medals won by Norway's Kjetil Andre Aamodt, and the U.S.-record eight Winter Olympic medals won by speedskater Apolo Anton Ohno.