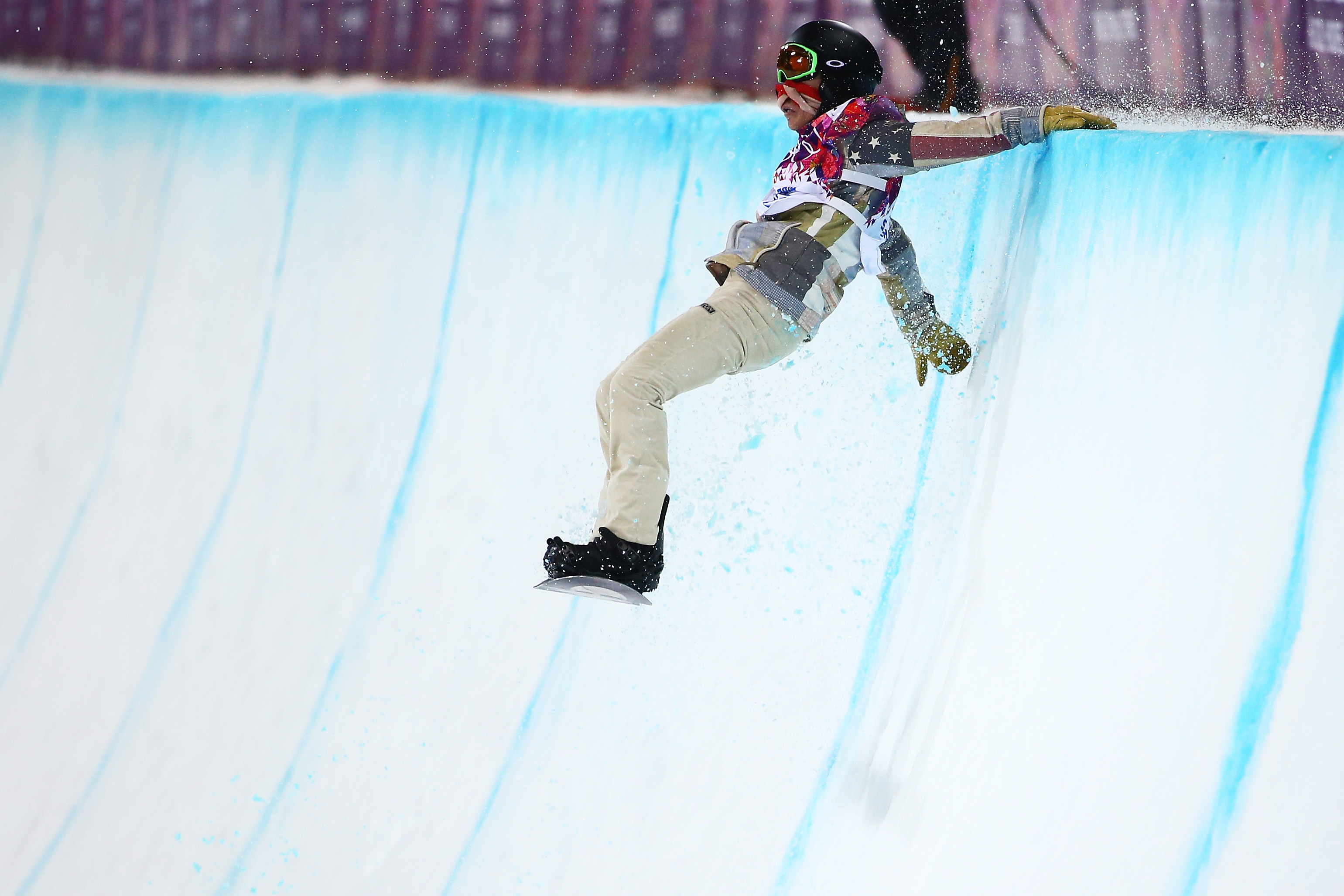 KRASNAYA POLYANA, Russia -- Shaun White lost to a kid they call the "I-Pod," and now, he may never hear the end of it.

An Olympic shocker this was. How big? White, the best snowboarder of his era, didn't even win a medal. He finished fourth.

The 27-year-old American, who opted out of the Olympic slopestyle debut and put all his chips in the halfpipe, where he hoped to win a third straight gold medal, got knocked off by Iouri Podladtchikov, the Russian-born inventor of the trick that White could not master.

The Japanese pair of Ayumu Hirano and Taku Hiraoka won silver and bronze, and the Americans were shockingly shut out on the halfpipe for the first time since the sport was introduced to the Olympics in 1998.

I-Pod's trick is called the "Yolo" - You Only Live Once - and when Podladtchikov, who now lives in and competes for Switzerland, landed it successfully at an event in Europe last season, White watched on his computer and knew what he had to do next.

He landed it twice in qualifying events leading up to the Olympics and was listed as the heavy favorite in sports books to walk away with the gold and become only the seventh person to win three straight in an individual event at the Winter Games.

But this has been a stressful few months for the world's most famous snowboarder, and when he pulled out of the inaugural slopestyle contest, saying he didn't want to risk injury for his historic quest on the halfpipe, the stakes were set.

White's first attempt at the Yolo ended with a fall straight on his backside. For some reason, he tried to pull off another of his double-cork tricks but missed that, too - his board and backside getting caught on the lip of the pipe in an awkward and certainly painful fall.

I-Pod had scored an 86.5 in his first run - clearly in medal contention - and then came the run that won it. The trick includes a total of 1440 degrees of spin - two head-over-heels flips and two 360-degree turns.

Four years ago, it was unthinkable. But not anymore.

I-Pod landed it and even though he only threw five tricks, when most riders were trying six in a supersized, super-slushy halfpipe, the judges liked what they saw.

It put huge pressure on White, whose last two final runs at the Olympics have been nothing more than victory rides.

White didn't fall, but rather skittered down the pipe on his landing. The landing on his last double cork was less than perfect, too - his knees buckled and nearly touched the snow. White raised one finger in the air and raised his hands in victory. Yes, sometimes judges reward athletes for what they've done, not what they just did.

Not this time. When his fourth-place score, a 90.25 came up, he broke into a big smile. He gave Podladtchikov a big hug and fatherly mussed his hair. That kid earned it. And the champion had nothing to complain about.

CBSSports.com's Mike Singer notes that White wasn't the only American who had trouble on Tuesday.

"Greg Bretz, who qualified through the semifinal process, and Danny Davis (automatic qualifier) each struggled to find their footing on Sochi's oft-criticized halfpipe," Singer writes. "The course, moreso than Davis himself (the X-Games champion), may have been the biggest culprit after a stellar first run was marred as he slipped while transitioning jumps."