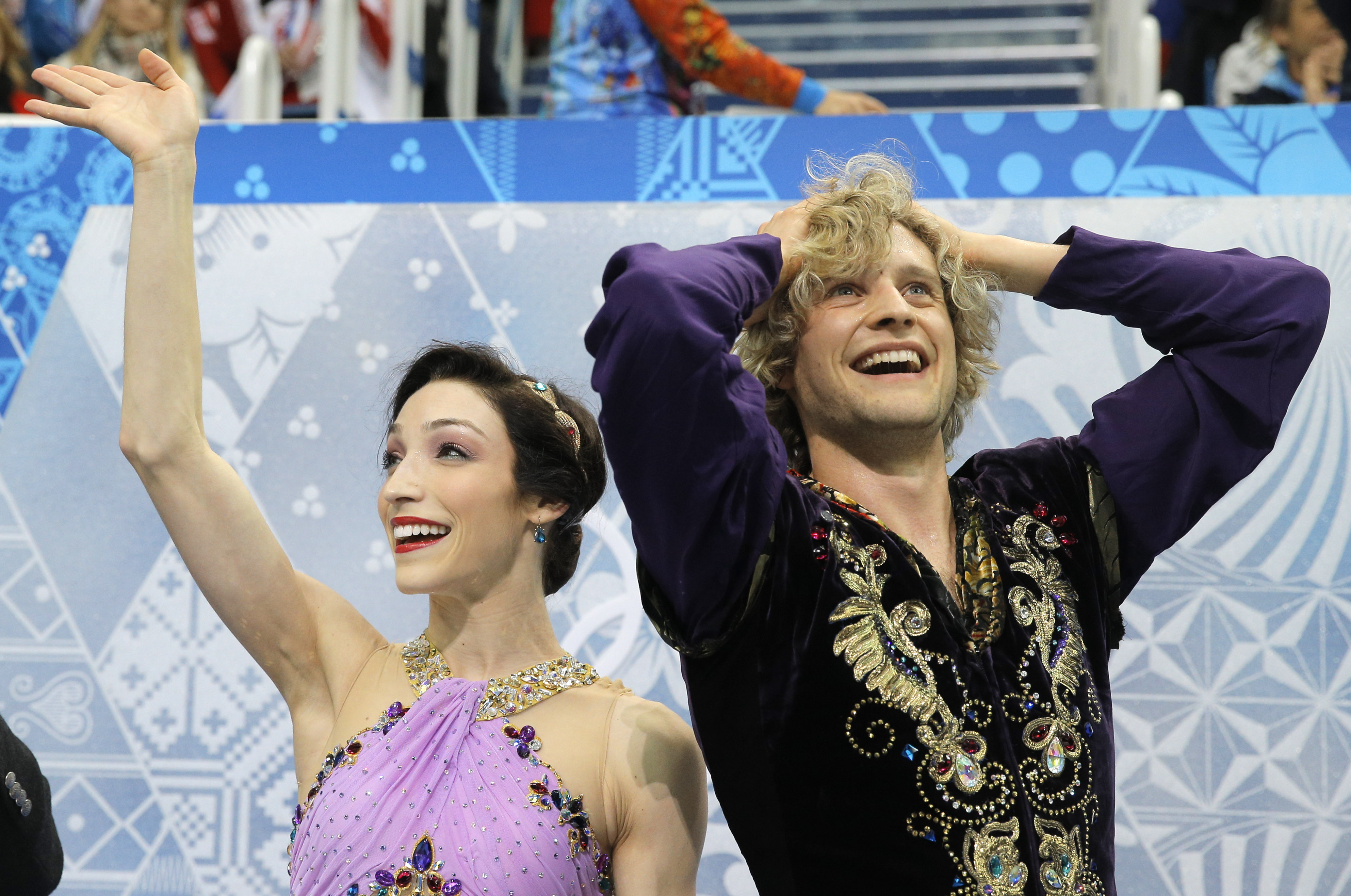 Davis and White won silver in Vancouver, but in the four years since they have overtaken the Canadians, their training partners in Detroit.

When the music from "Sheherazade" ended with White on a knee, Davis rested her head on his back in exhausted elation. The two started skating together in 1997 in Michigan, and on the biggest day of their career, they were nearly flawless.

As the music swelled over the final minute of the program, their feet were in nonstop motion yet every movement was intricately choreographed. Their lifts were a blur as White spun across the ice with Davis held aloft, their movements and expressions still fierce despite the draining demands of the performance.

As they told the story of the Persian king and the woman who enchants him, White was regal in purple velvet, Davis beguiling in a lavender dress with jewels shimmering on her midriff.

They now have one medal of each color after winning bronze in the new team event in Sochi.

"We have grown up in every sense of the word," Davis, 27, said of the partnership that took them to Olympic gold.

Virtue and Moir became the first North American ice dance gold medalists at their home Olympics in Vancouver. Their free dance to Russian classical music told the story of their own partnership, which also stretches back to 1997.

In a performance at times tender and others triumphant, Moir kissed her hand at the start and again throughout the program.

"Don't think anyone will love us less for bringing home a silver medal to Canada," Virtue said.

Ilinykh and Katsalapov were just ninth at last year's world championships but are now the latest Olympic ice dance medalists from Russia, finishing 7.51 points behind the Canadians. She's only 19; he's 22. The home fans started cheering when the first few notes of "Swan Lake" played for their free dance, and they were roaring when it ended with Katsalapov collapsed on his knees and Ilinykh weeping.

France's Nathalie Pechalat and Fabian Bourzat were fourth, 6.26 points out of bronze. The other U.S. teams, Madison Chock and Evan Bates and siblings Maia and Alex Shibutani, were eighth and ninth.