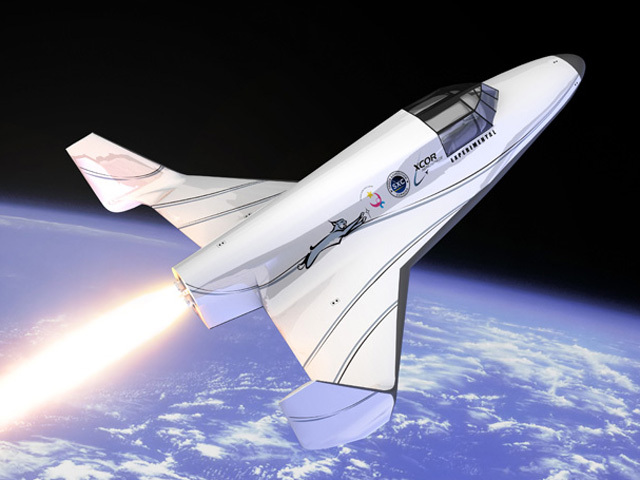 This is not a joke: if you attend the Next-Generation Suborbital Researchers Conference 2012, you could win a seat on an XCOR suborbital rocket flight to space!

I'll note this conference is a technical meeting for suborbital researchers, so it's not like Comic Con. Still, I know a lot of scientist-types read this blog, so it's worth promoting. I attended the meeting here in Boulder in 2010, and it was a fascinating look into a new field of research: science done on crewed suborbital rocket flights, where microgravity (free fall) conditions last for as long as four minutes. That's long enough to do a lot of interesting work, including astronomy, physics, engineering, and biology.

The meeting is being sponsored by the Southwest Research Institute and many other groups, including XCOR Aerospace, which is developing a reusable suborbital spaceplane that can carry people above the 100 km (62 mile) demarcation line of space. And they're putting their money where their mouth is: one paid registrant to NSRC 2012 will win a seat on XCOR's Lynx suborbital vehicle, where they can perform their research. This is a $95,000 value!

How cool is that?

If you want to attend the conference and present a paper, the deadline for submitting abstracts is December 2.

And no, I'm not submitting. I get sick on a kid's swing set. I'll let astronauts and people with more solid stomachs take to space. I'm happy to wave at them from the ground.