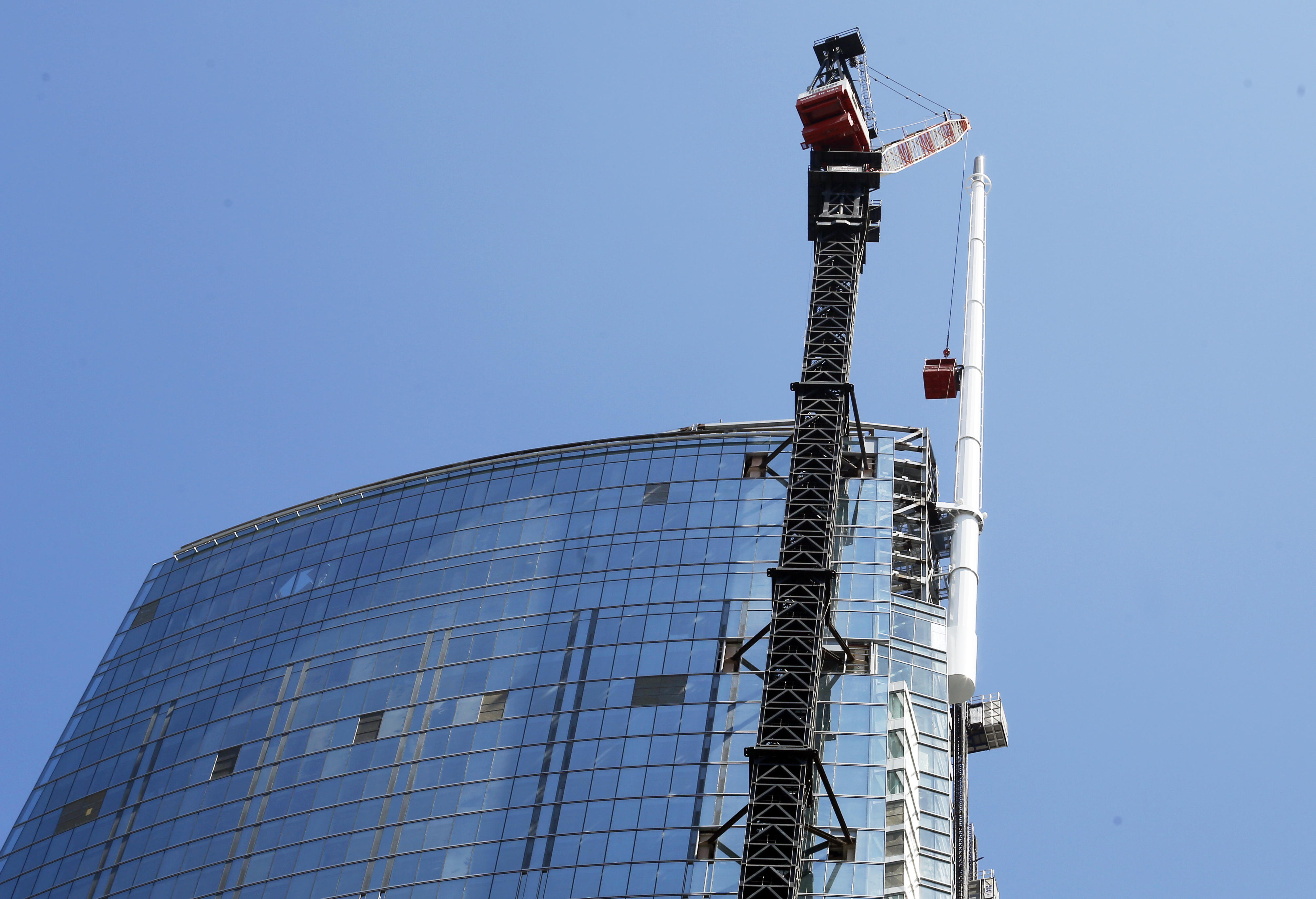 LOS ANGELES - A new skyscraper in downtown Los Angeles has become the tallest building west of the Mississippi River.

Construction workers on Saturday placed a 10-ton spire atop the Wilshire Grand Tower. The spire adds 160 feet to the 73-story building. That makes it 1,099 feet high.

That’s 81 feet higher than nearby U.S. Bank Tower, which held the tallest building record since 1989.

Many, including those who worked on the project, converged in downtown Los Angeles to witness the installation, CBS Los Angeles reported.

The Wilshire Grand still has some construction work scheduled. The $1 billion hotel and office complex is scheduled to open next March.