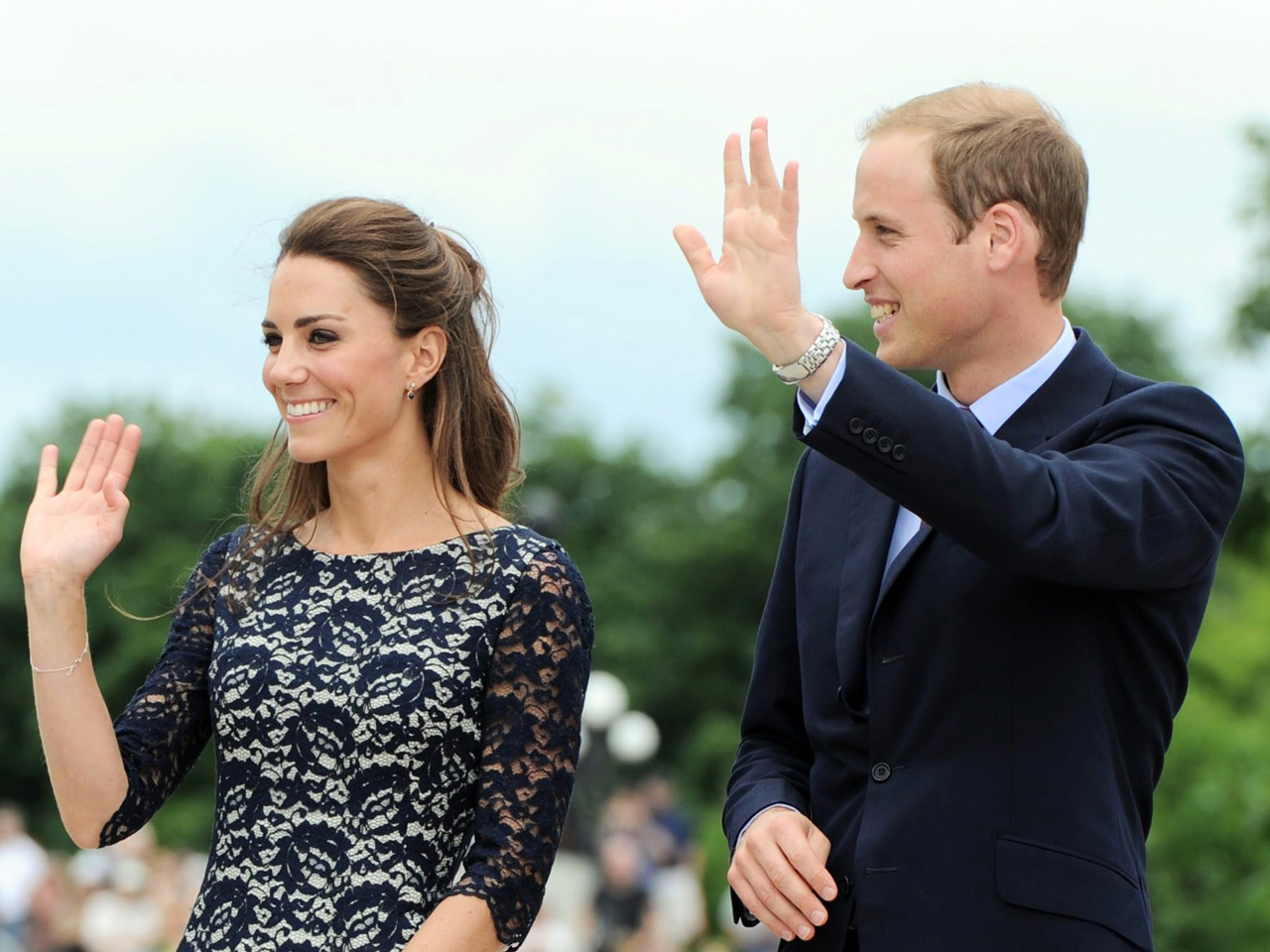 Britain's Prince William and Katherine wowed the crowds in Canada's capital of Ottawa Thursday, the first day of their 11-day tour of North America.

The royal newlyweds are slated to visit seven cities in the next eight days before heading to Southern California next weekend.

The Duke and Duchess of Cambridge were met in Ottawa by thousands of "very excited onlookers," many of whom had waited hours to see them, reports Lucy van Olden-Barneveld of the Canadian Broadcasting Corporation.

And William and Kate "looked every bit the part of rock stars" and "sure didn't disappoint" the adoring crowd, van Olden-Barneveld says.

"My heart stopped a beat," one woman said. "I was so excited, i was jumping. I was screaming. (I) love them."

After meeting Prime Minister Stephen Harper, their first stop was the National War Memorial -- to review the troops and lay a wreath..

Later, William made even more fans by offering the crowd a greeting in French.

Despite the cheers it got, he apologized for his language skills and promised he'd get better, saying, "It will improve as we go on!" That drew loud laughter.

"Katherine and I are so delighted to be here in Canada," he continued, "instilled in us by our parents and grandparents, who love this country. We have been looking forward to his moment for a very long time."

A scheduled barbecue with 120 young Canadian volunteers was moved indoors due to rain.

There, the couple mingled with the crowd.

On Friday, William and Kate were to help Canadians celebrate Canada Day, the country's 144th birthday, joining the celebrations on Parliament Hill.