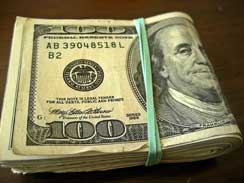 (MoneyWatch) Regular followers of this blog know that my crystal ball is always cloudy. Because I don't believe in the value of market forecasts, I don't make them. That said, I've been getting lots of questions about expected stock returns given that the market has risen about 100 percent since the end of February 2009. That surge has caused some investors to worry that stocks are "overvalued." Therefore, I thought it would be helpful to provide some perspective, if not a forecast.

Of course, we shouldn't consider stocks in isolation. Their performance must be assessed in relation to a riskless investment -- one-month Treasury bills. From 1926 through 2011, the S&P 500 provided an annual average return of 11.8 percent (volatility reduced this to a compound return of 9.8 percent). Over the same period, one-month Treasury bills produced an annual return of 3.6 percent. Thus, we had an equity risk premium of 8.2 percent.

Today, we have the P/E at about, or a bit below, its historical average. However, the return available on riskless one-month Treasury bills is not 3.6 percent, but is effectively 0. One might conclude that while stock prices are about their historical average and, therefore, expected stock returns might be about their historical average, the equity risk premium might be larger than it has been in the past because the Federal Reserve has driven the riskless rate to zero. This is exactly the outcome the central bank wanted when it drove rates down, hoping to entice you to invest in risky assets by increasing the risk premium.

The bottom line is that while stock valuations are certainly not as cheap as they were in 2009, when the P/E ratio was well below the historical average, they're not expensive, and the equity risk premium might be higher than has historically been the case (on average). If the Fed holds to its policy of keeping rates down into 2014, it seems likely that the equity risk premium will remain at high levels, and stocks could be expected to provide real returns in the neighborhood of 5 percent.

Still, it's important to keep in mind that the major determinant of stock returns is the element of surprise. And surprises, by definition, are unforeseeable. Therefore, the prudent strategy is to make sure you have an investment plan that is tailored to your unique ability, willingness, and need to take risk -- and have the discipline to stay the course. Hopefully, this analysis will help provide some of that required discipline, allaying fears that the market has once again become "overvalued."