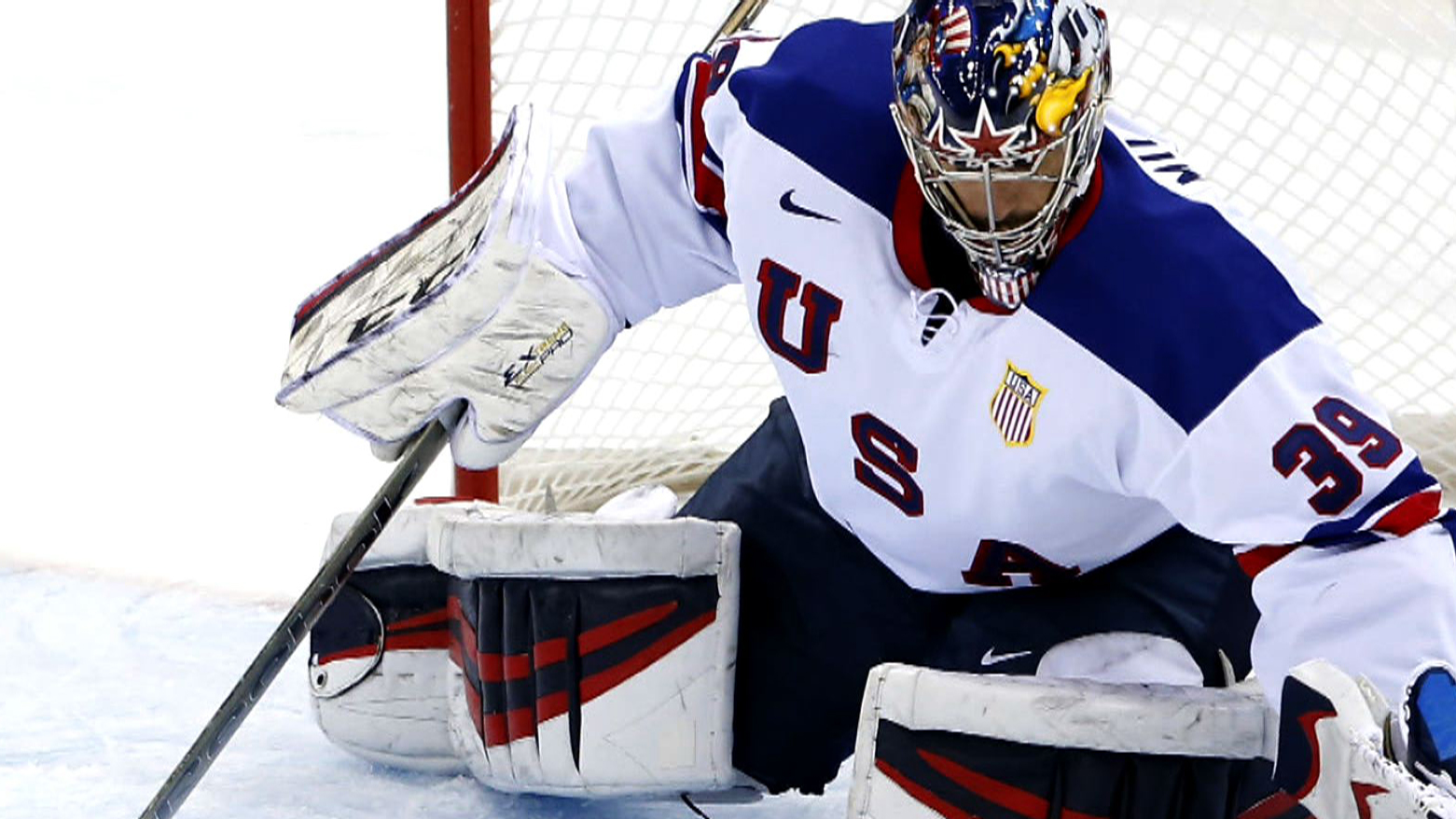 The United States Olympic men's hockey team is moving onto the next round after three straight wins, but this team could be one of the last to try and bring home the gold with National Hockey League players.

For a lot of people, the Olympics only really get going with the hockey gets going, but the hockey is only as good as it is in Sochi because the best players, which is to say the NHL stars, play.

Having NHL players as part of the Olympic Games, as they have been for the last four games, has sprinkled stardust on Olympic hockey.  It's made it major league and by pitting the best against the best, it's made hockey the biggest Olympic draw.

The players want to be here. The fans want them to be here, yet the future of top flight hockey at the games is in serious doubt.

For the NHL owners, giving away their top stars and risking them, for no immediate payback, is a tough ask.

NHL deputy commissioner Bill Daly said the league will only decide after these games whether they'll ever come back.

He told CBS News’ Mark Phillips that it’s “fair” to say within hockey culture it’s a big deal to be part of the Olympics, but within the business culture, it’s not as important.

“Certainly from the NHL's perspective there’s nothing kind of in it from a business perspective,” he said.

In fact there's a business disincentive. In the thick of the NHL season, the league has to shut down, instead of having arenas full of paying customers. In some markets it's tough getting the people back. It's kind of like closing a department store for Christmas.

But, the goods in that store, the players, have forced the league's hand.  A superstar's career isn't complete unless they've played for their country.

For the American players, it's about trying to recapture that exquisite Lake Placid moment - the 1980 “Miracle on Ice” win over the Russians.  Even the weekend shoot-out hero, T,J. Oshie, knows that.

“Obviously the ‘Miracle on Ice’ game was the biggest game in U.S.A. Hockey’s history. So, you'll never forget that,” he told Phillips.

But, for the Russians, it's about trying to make amends for that loss.

“A surprise is going to happen. It happened 34 years ago in Lake Placid … and hopefully it's not going to happen this year,” said Igor Larionov, a Stanley Cup champion and Olympic gold medalist.

The NHL really didn't have a choice whether to be at Sochi or not this time because one of its biggest stars, the Russian Alex Ovechkin, said he was coming no matter what they said.