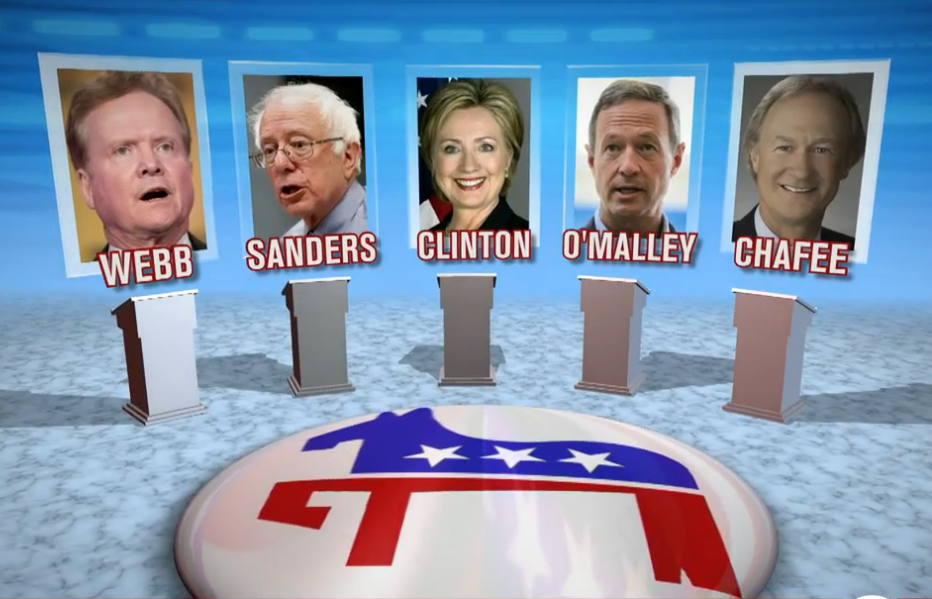 Vice President Joe Biden will definitely not be attending the Democratic debate, but he will be watching.

An aide says Biden is hosting a high school reunion, and after that, he will tune in for the debate from the comfort of his residence at the Naval Observatory, according to CBS News White House Correspondent Mark Knoller.

Debate hosts CNN and Facebook had a podium ready Monday just in case the vice president had a change of heart by the time the debate kicked off.

The 2016 Democratic presidential candidates will take the debate stage for the first time Tuesday night, Oct. 13, in Las Vegas, Nevada, from 8:30pm-11pm, on CNN.

The vice president has been mulling a bid for the presidency and is expected to decide in the coming days. Earlier Tuesday, a super PAC trying to convince Biden to run for the presidency, Draft Biden, began running a new 90-second ad focused on jobs.