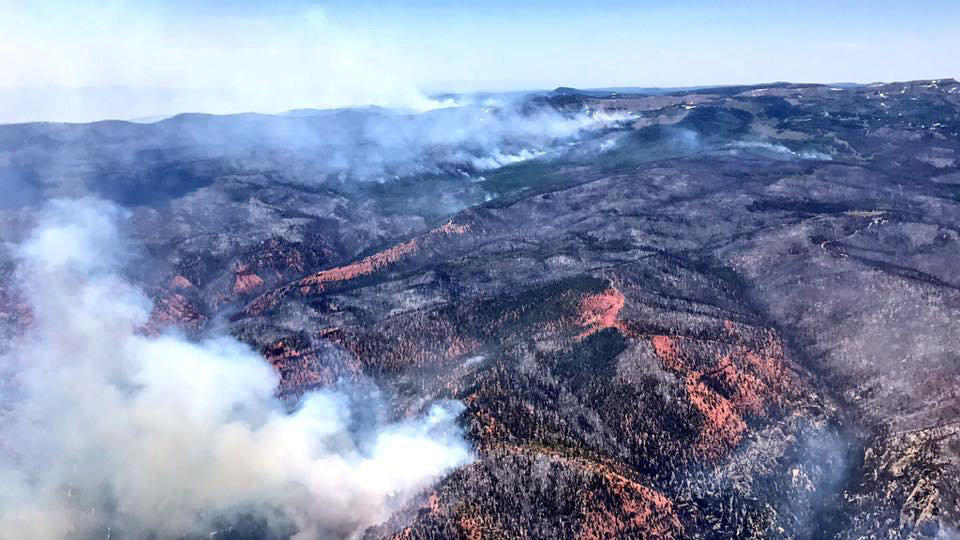 Arizona Gov. Doug Ducey says the growing wildfire, which is near the site of a blaze that killed 19 firefighters four years ago, is the state's top priority.

Ducey said in a statement Wednesday that his office is receiving constant updates from state fire officials. He said the next 24 hours will be critical and that the state will provide whatever support is necessary.

Over 600 firefighters are battling the blaze that has already burned over 32 square miles. The fire started on Saturday and fire officials are still investigating what ignited it.

Residents of the communities of Mayer, Poland Junction and Chaparral Hills have been evacuated.

The Arizona Republic reports that Mayer, Arizona, resident Terry Jackson put a garden hose to the roof after local authorities told him he had to evacuate. Jackson said his home is all he has and he has to protect it.

Pam Baker, who lives next door in the northern Arizona town southeast of Prescott, wet the thick brown grass around her home but resisted leaving.

Parts of two state highways are closed because of the fire.

Meanwhile, in Utah, authorities say a wildfire that's destroyed more than a dozen homes and forced 1,500 people to evacuate has grown by nearly 6 square miles. The blaze burned more than 83 square miles as of Tuesday.

Officials say the fire erupted June 17 by someone using a weed-burning torch.

California is free of extreme fire danger warnings after a long period of high heat, but firefighters are still working to contain wildland blazes up and down the state, including one that destroyed the home of "Big Bang Theory" star Johnny Galecki in San Luis Obispo County.

CBS Los Angeles reports Galecki was not home at the time, according to his spokeswoman, Nicole Perna.

Evacuation warnings remain in effect for a few small communities.