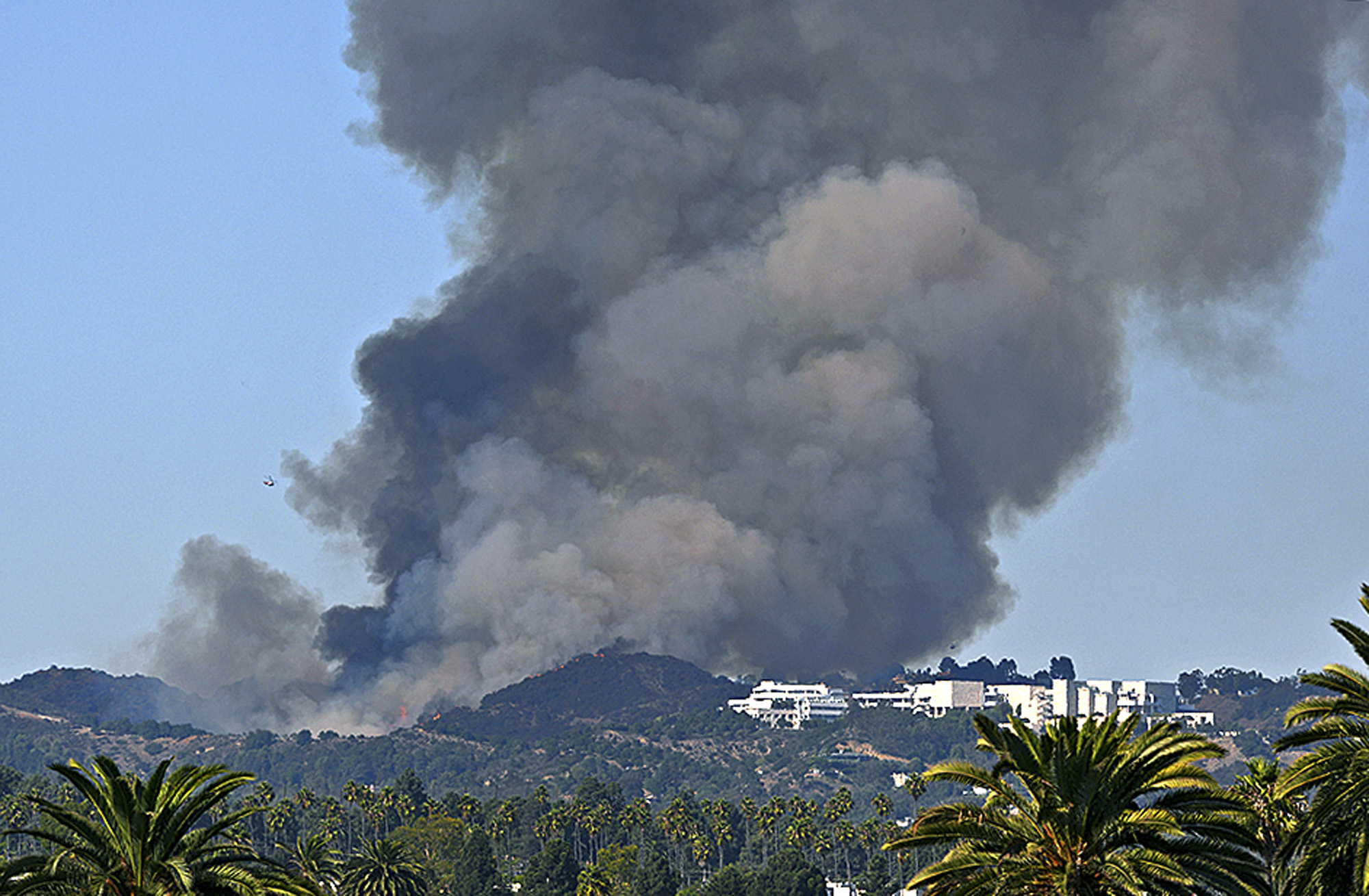 (AP) LOS ANGELES - A wildfire has erupted in Los Angeles in the hills near the Getty Center art museum, an area of steep terrain dotted with clusters of mansions.

Fire spokesman Cecil Manresa said Friday the fire is burning through two acres of brush above the Sepulveda Pass on the east side of Interstate 405. Windy and hot conditions were fanning the flames.

Manresa says it is near the intersection of Sepulveda Boulevard and Getty Center Drive.

KCAL-TV reports that the Getty Center has voluntarily closed as a precaution. Footage from TV news helicopters shows that the fire is approaching several large homes.