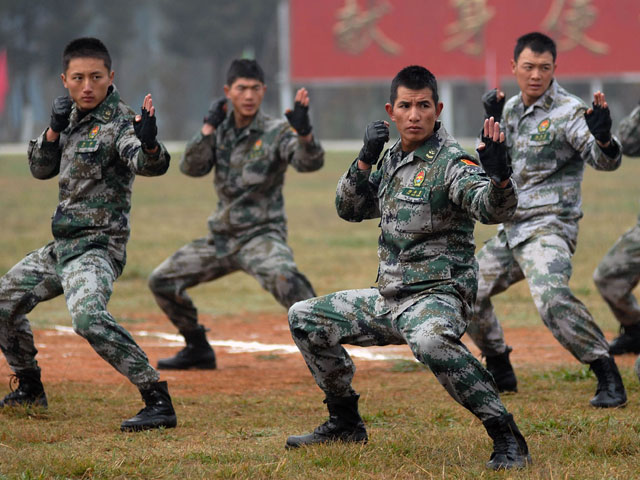 The public line out of Beijing has always been simple: China's military is for the defense of the homeland.

The reality, however, may be more complicated. Newly released leaked U.S. diplomatic cables claim China is probably hiding both the size of its military buildup, as well as, on occasion, its intentions.

A leaked cable states that the agency found that China spent $90 billion on its military in 2006 - double the $45 billion budget publicly announced by Beijing, The Age reports.

While this is just a fraction of the nearly $500 billion the U.S. spends annually on its military, it is still noticeable for the fact that they were probably not publicly forthright about their military spending.

"China's longer-term agenda is to develop 'comprehensive national power', including a strong military, that is in keeping with its view of itself as a great power," a copy of the secret assessment provided by Foreign Affairs officials to the US embassy in Canberra said.

The cable goes on to state: "We agree that the trend of China's military modernisation is beyond the scope of what would be required for a conflict over Taiwan. Arguably China already poses a credible threat to modern militaries operating in the region and will present an even more formidable challenge as its modernisation continues."

Another cable written in January, 2008, released by the Norwegian Aftenposten newspaper, cast doubt on China's official explanation for a weather satellite it blew up in orbit in January, 2007.

Officially, China said the satellite's destruction by a ground-based missile was a "scientific experiment."

U.S. officials, however, concluded that "China had not explained adequately the purpose of the test," and that the test was "inconsistent with China's stated interest in the peaceful use of outer space."

The cable goes on to state: "The contradiction between China's statements and actions in this area raise questions about the credibility of China's declaratory policies and commitments in other areas of national security affairs. The U.S. is refraining from any expansion of space-related cooperation with China."