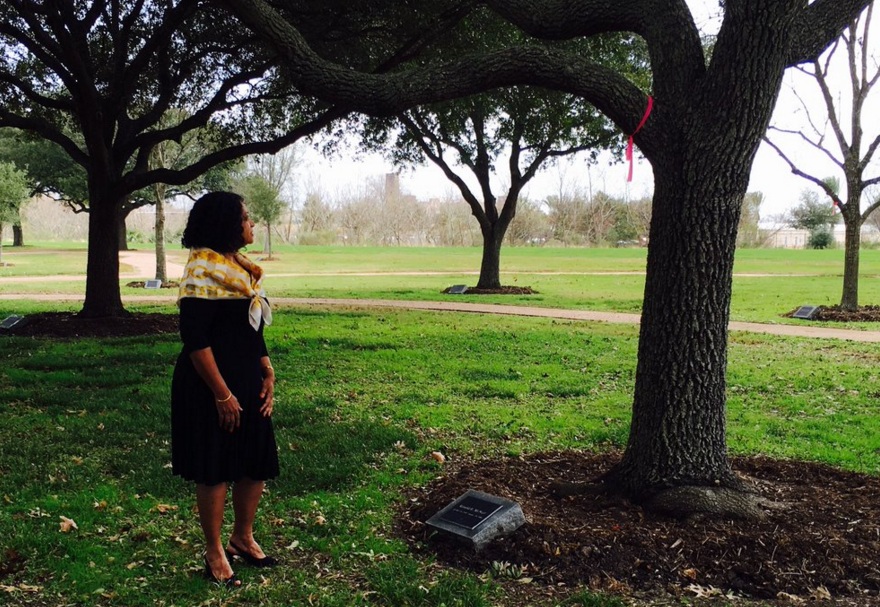 HOUSTON -- Thirty years ago, the nation watched in horror as the Space Shuttle "Challenger" exploded over Cape Canaveral, killing the crew of seven. On Thursday there were memorials, including one at Arlington National Cemetery.

The seven astronauts prepared for lift-off that morning at Cape Canaveral, Florida, in front of a national audience.

"There was a lot of excitement that comes around it and there was camaraderie, you know. Hey this is the U.S.," she recalled.

It appeared to be a textbook launch. But 73 seconds in, a seal failed on the right rocket booster, causing a catastrophic explosion.

Confusion on the ground soon gave way to grief.

"You're wondering what happened, what's going on," McNair said.

Ron McNair had flown on the Challenger before. In 1984, he became the second African American in space, inspiring American's with his saxophone playing in zero gravity.

Two years later, the father of two was gone in a national tragedy.

"They, members of the Challenger Crew, were pioneers," President Ronald Reagan said.

What was it like to have the nation mourn with her?

"That was the beautiful part of coming back from all of this tragedy," Cheryl said.

McNair honors her husband by encouraging children to study science and technology, the same skills that helped a man from humble beginnings in the segregated south see the Earth from above.

"He described it as just so beautiful appearing without divisions or lines, peaceful he said," Cheryl remembered. "As he thought the Lord meant for us to live."

Here on Earth, in a grove dedicated to America's space pioneers, words worth remembering.